GET ME REWRITE: Meet Scott Fitzgerald, happy to have his caucus take NRA money and screw the will of the people


Wouldn't be surprised if there are some checks in the mail, payable to Scott Fitzgerald. 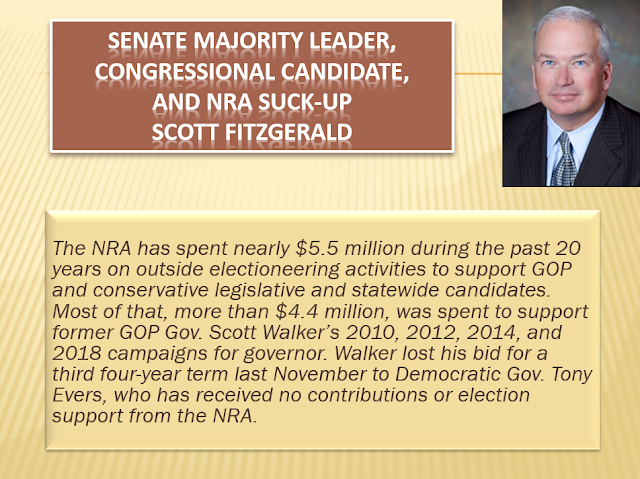 
8/8/2019 update, "GET ME REWRITE:  The will of the people?  "Fuggedaboudit", bark fearless leaders of Wisconsin legislature", starts here. 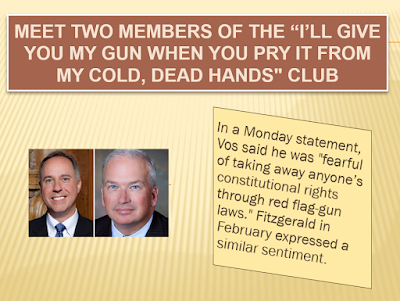 Reported in Wisconsin Republicans show no signs of tackling gun violence after massacres in Texas and Ohio.  (Milwaukee Journal Sentinel, 8/6/2019) 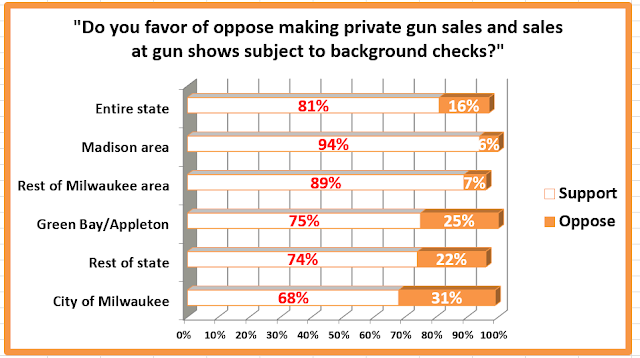 
His Vosness has tweeted.  Republican leaders of the state Legislature are opposed to the idea, worried the red-flag process would unfairly remove firearms from people who have a constitutional right to them.

"I will not entertain proposals to take away second amendment rights or due process," Vos said Tuesday on Twitter.