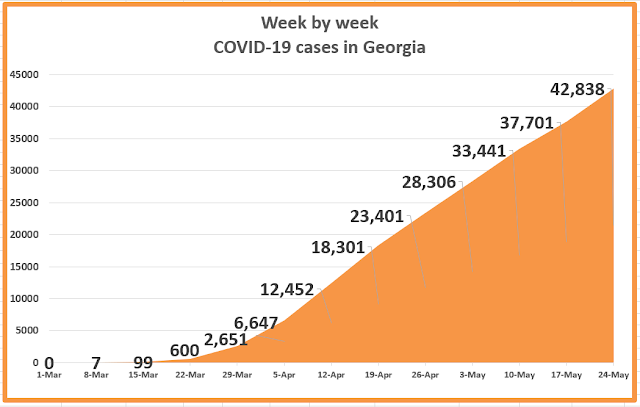 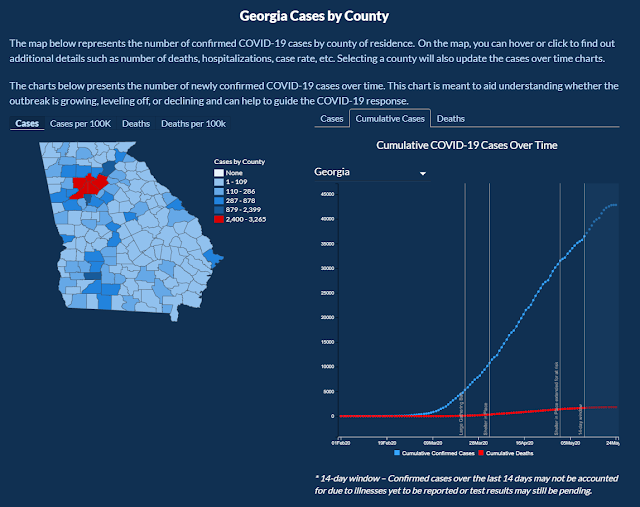 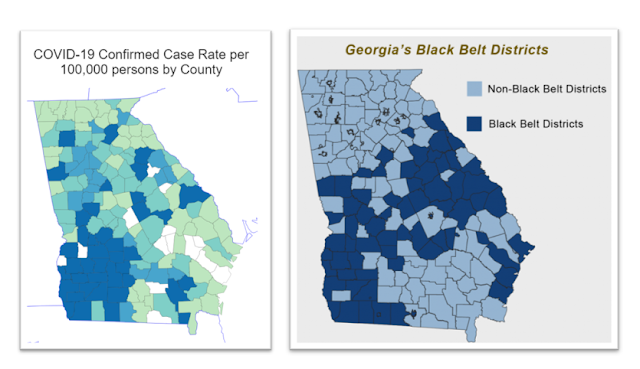 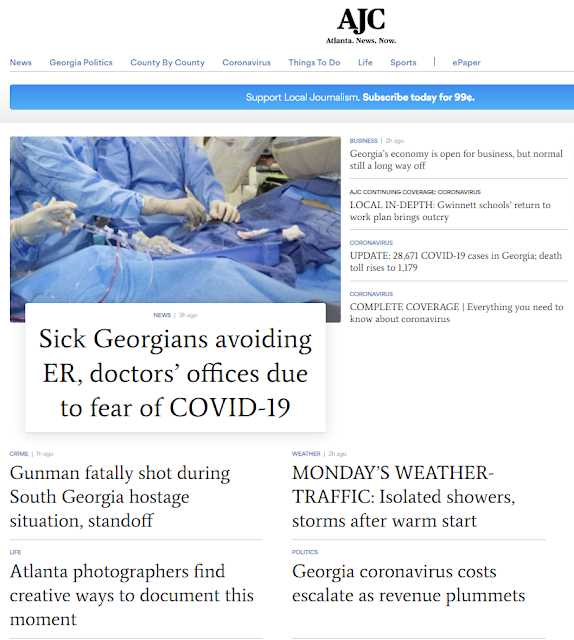 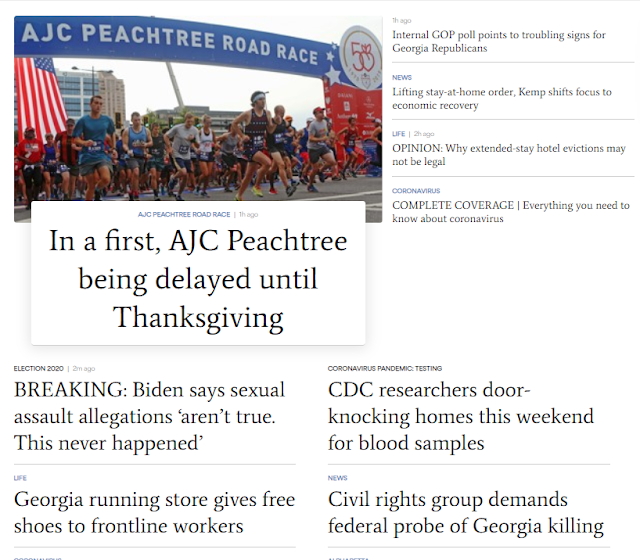 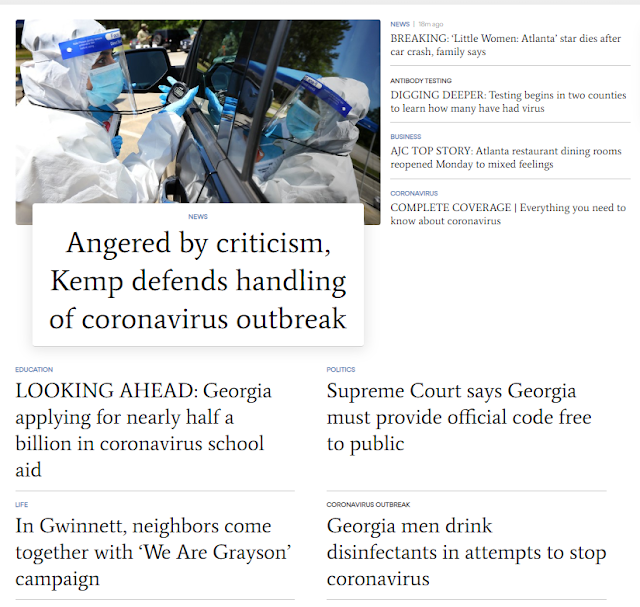 
South Carolina, for example, looks likely to be among the first states to allow widespread reopening of businesses. But if a manufacturer there depends on a part made in Ohio, where the virus is still spreading, it may not be able to resume production, regardless of the rules.

“We live in an economy where there are lots of interconnections between different sectors,” said Joseph S. Vavra, an economist at the University of Chicago. “Saying you want to reopen gradually is more easily said than done.” 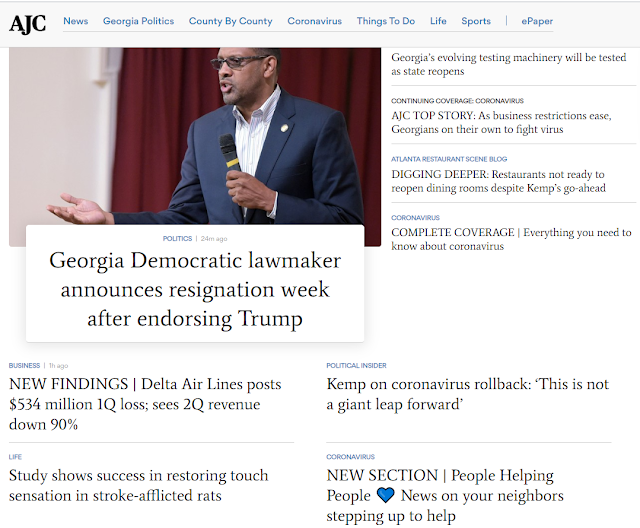 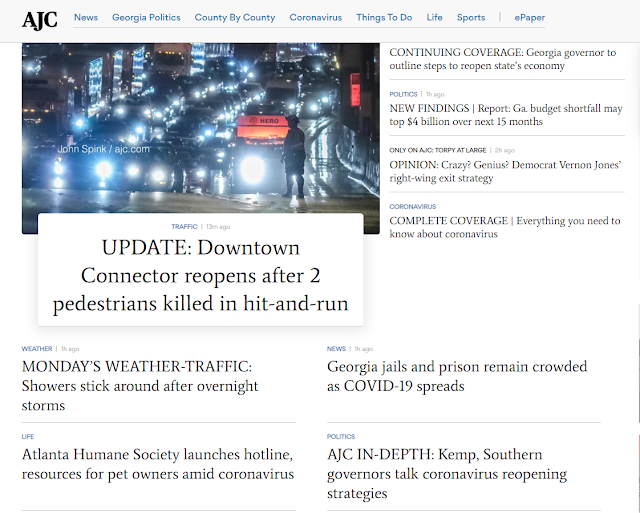 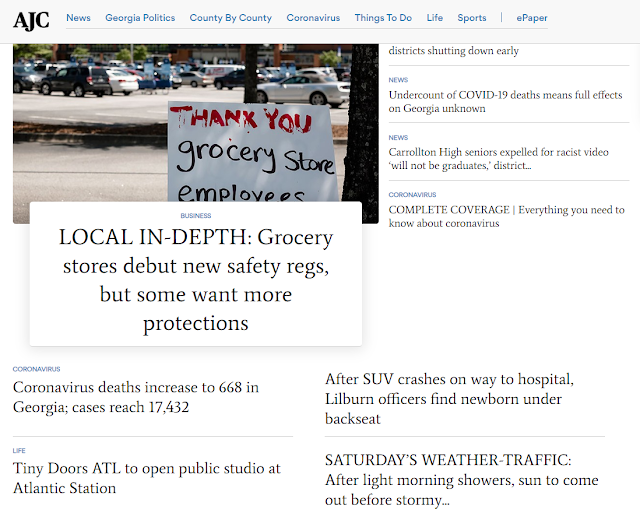 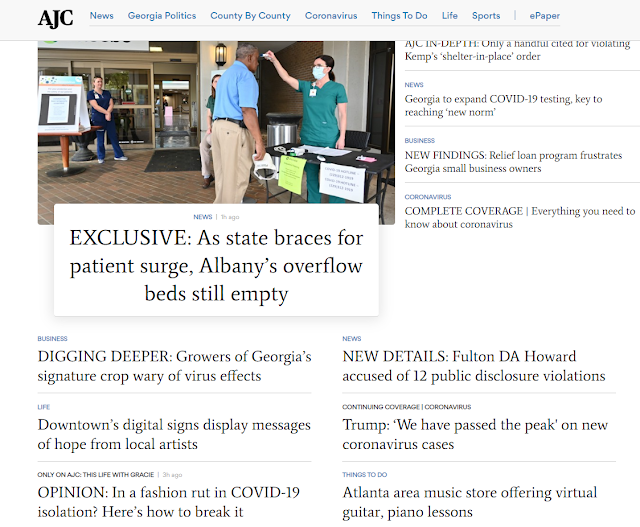 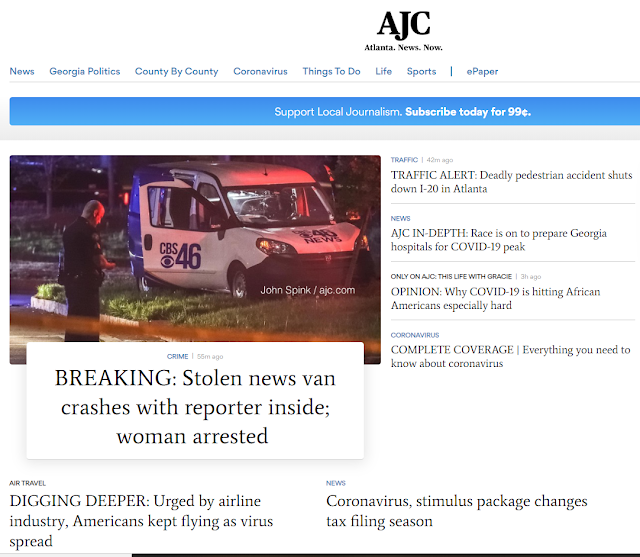 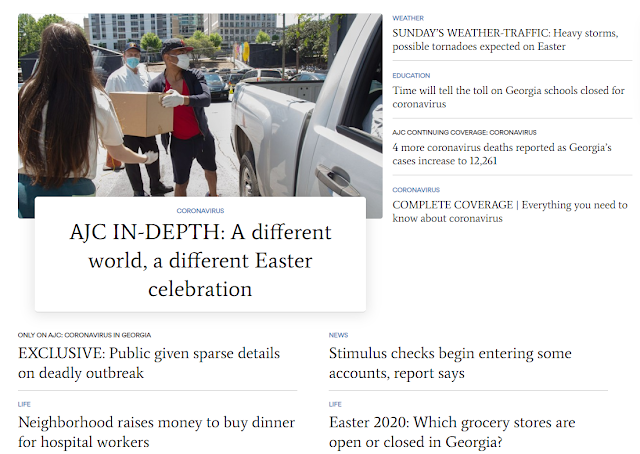 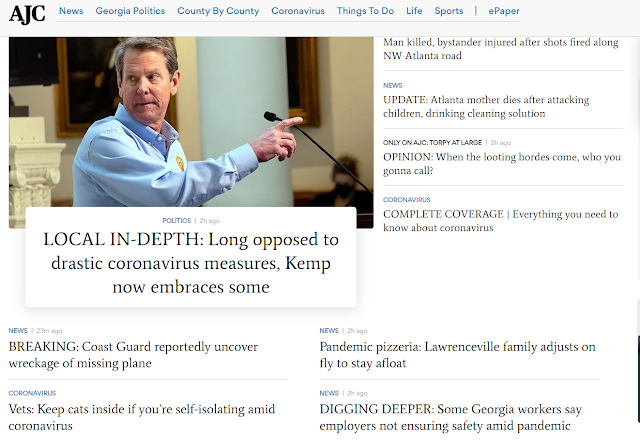 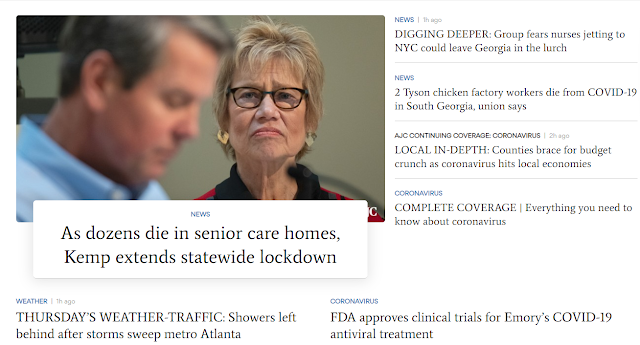 The next coronavirus hot spots are in states that aren’t testing enough.  (Politico, 3/31/2020)
Georgia playing catch up in coronavirus testing.  (Atlanta Journal Constitution, 4/1/2020)


Kemp had balked at more stringent restrictions to combat the disease, in part because he was worried more severe bans would cripple the economy in parts of the state where there are few known cases of the disease.

But he reversed course on Wednesday as a growing number of other Republican governors, including the leaders of Florida, Texas and South Carolina, instituted broader limits on mobility and shuttered more business to try to counter the disease.

Was curious was to why Dougherty County is Georgia's only hot spot outside metro Atlanta.


“The media and some in the medical profession are peddling these doomsday models and projections,” Kemp’s top aide, Tim Fleming, wrote Saturday. “This has in turn resulted in people panicking and local governments across our state overreacting. As a result of their overreach, many small businesses will struggle and some will not reopen.”


Fleming’s remarks appear to conflict with the position of the state’s own public health officials, who say the outbreak is likely to worsen without aggressive social distancing measures.

A more meaningful statistic to me would be the number of NEW cases day today.
this would give a trend.

Yes, that would be a useful graph. However, the number of new cases is what drives the momentum of this chart. 709 on April 1; 710 on April 2; 619 on April 3; 193 on April 4; 487 on April 5. In Georgia's current case, the most instructive graph is tests per million people among the states with the most confirmed cases. The graphs I've seen shows Georgia with the smallest bar. Thanks for your comment.