Marlboro County, home of the manly men who smoke a 'rugged masculine product'


Tall and lanky, Mr. Norris was one of several men who depicted the Marlboro Man. The campaign began in 1955 after Philip Morris and the advertising agency Leo Burnett Worldwide had begun ravamping the Marlboro brand; founded as a women’s cigarette, it was being repositioned as a rugged masculine product.


Here's a manly, non-Norris Marlboro commercial that has repositioning -- or revamping -- stamped all over it. 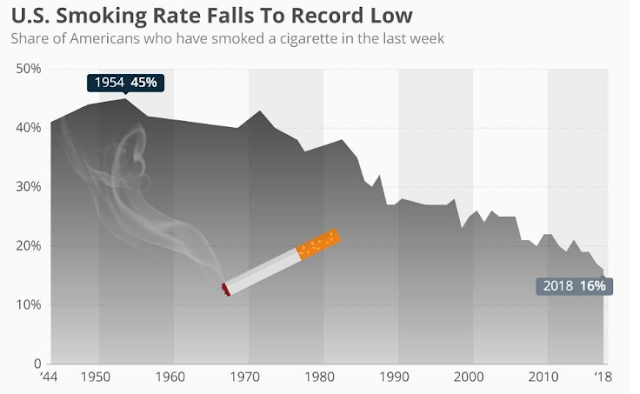 Kentucky, Louisiana, and West Virginia lead the nation in the percentage of adults who are current smokers. (2017 data)

Related reading:
The Surprising Role of the Army in Getting Americans Addicted to Cigarettes. (History News Network, 1/29/2019


One will not find a year-by-year account but the story of the rise and entrenchment of the soldier–cigarette bond from 1918 to 1945, followed by the demise and dislodgement of that bond from 1973 to 1986. World War I and World War II play prominent roles explaining the entrenchment of the soldier–cigarette relationship, which reached its zenith in the immediate aftermath of World War II when the majority of American males were happy smokers.