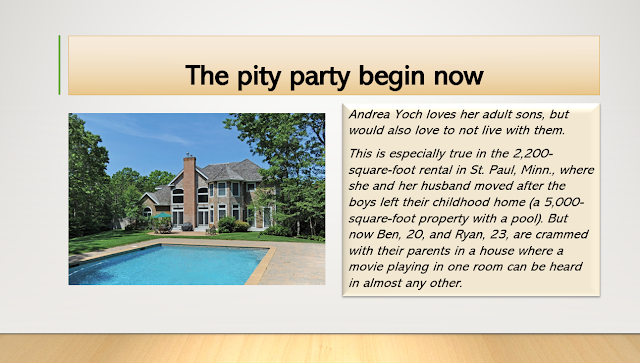 What a 5,000-square-foot house with swimming pool looks like

Retiring Guy lives in an more than adequate 1800-square-foot house with his wife.  Their older son moved in with them temporarily when Wisconsin's 'safer-in-place' order was issued in mid-March.  Better than living alone in a studio apartment.  (Which he's still renting.)  If someone is watching TV in the family room, the opposite side of the house, where the bedrooms are located, remains quiet.  Same goes for when someone is watching the TV in the Presidents' Room. (see below)

There's plenty of elbow room for all 3 of us. 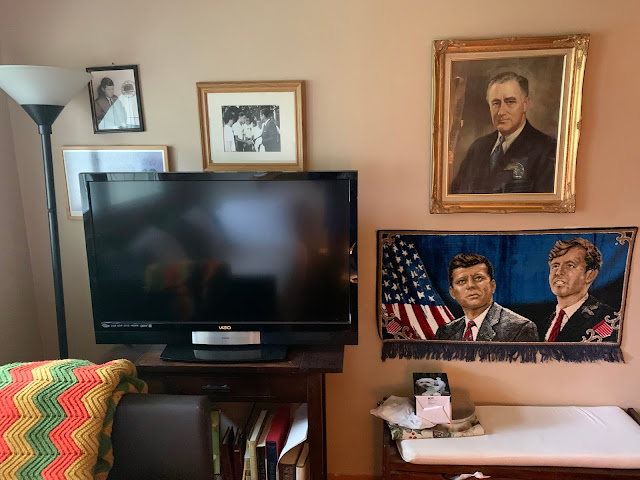 
This is an industry in which problems include protecting the owner’s Picasso collection from salt air, clumsy crew members and faulty sprinklers.

Or maybe you have to decide whether to build one 330-foot vessel (100 meters) or join a trend of the last few years by opting for a “smaller” 200-foot yacht with a 165-foot support vessel to carry a submarine, helicopter, speedboats and other toys. Aviva, a 320-foot yacht launched in 2017, was the first in the world to include a full-size indoor paddle tennis court.


According to Merriam-Webster, the first known use of the phrase 'first world' -- the highly developed industrialized nations often considered the westernized countries of the world -- occurred in 1967.