Apparently, it's all about the money 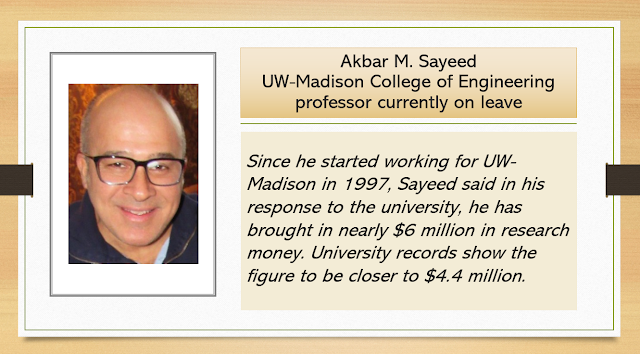 
College leadership was largely unaware of the problems in Sayeed’s lab until a graduate student in the lab, John Brady, died by suicide in the fall of 2016. Brady’s father informed officials of the working environment in the lab, which students described as “toxic” and Sayeed’s behavior as “abusive,” according to a university report.