Trinidad is the county seat of Las Animas County. 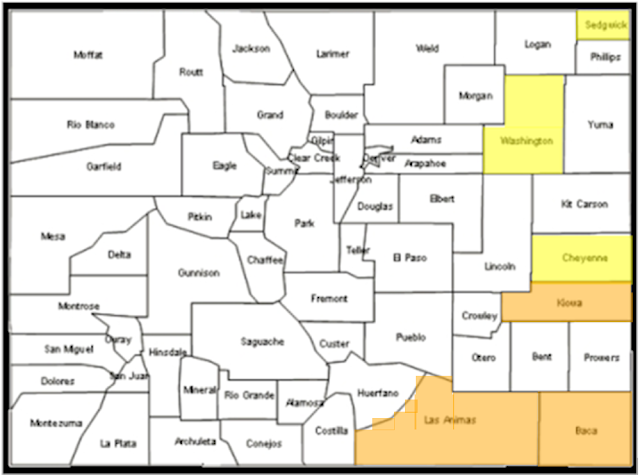 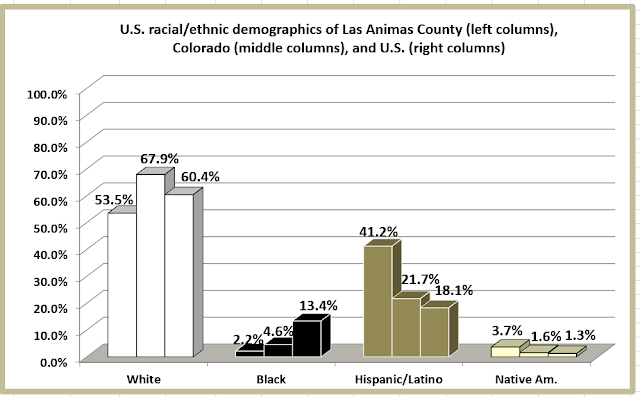 Even a county with Hispanics comprising 41.2% of the population flippped for Trump in 2016.  Outside of 1972, Las Animas County had voted blue in every presidential election since 1932. 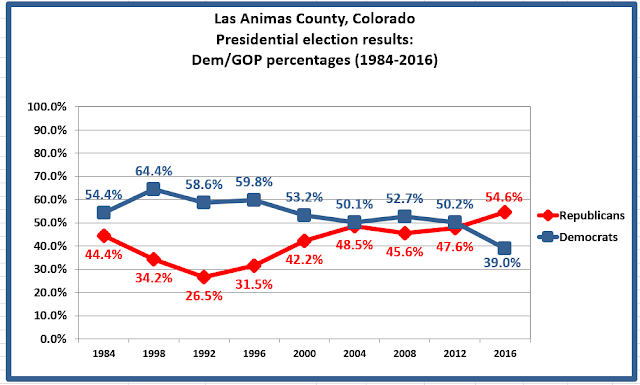 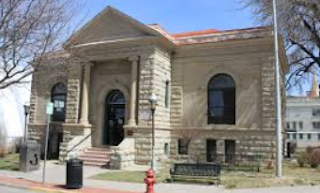 
Here in Trinidad, a former old West coal town of 9,000 near the eastern slopes of the Sangre de Cristo mountains, people have long struggled through hard times. The downtown is pockmarked with shuttered storefronts, but new cafes and galleries have opened as the town tries to refashion itself as an artists’ colony.

Interstate 25, dotted with motels of various quality and shopping centers, slices through Trinidad, leaving tidy Victorian homes rising on a hill on one side and modest ranches, several in disrepair, on the other.

Sandi Espinoza, who directs the Open Door Soup Kitchen, in space borrowed from a church, said the organization was serving more meals than ever — families, veterans, men just released from prison and a wide assortment of people smelling of liquor before noon. Some 85 people come daily for lunch, double the number from a few years ago, Ms. Espinoza said.