All because Trump's worst nightmare is being outdone by a black man. 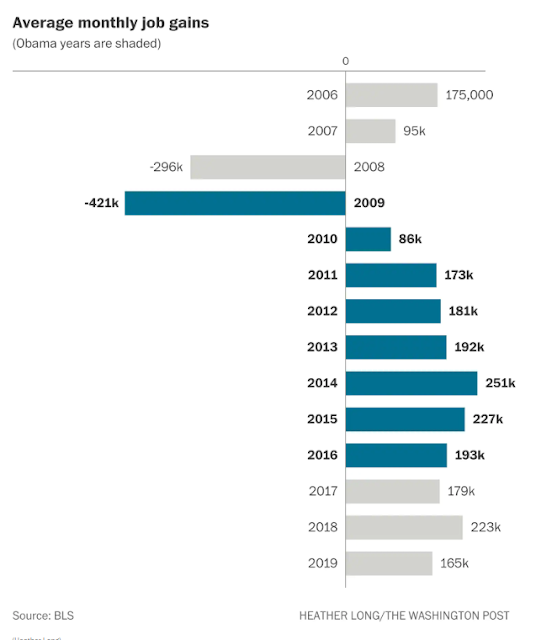 And then a day later, there's this news.

The revisions don’t change the overall picture of a healthy job market. But they do mean that 2018, which had ranked among the strongest years of job growth in the decade-long recovery, was weaker than previously believed. After the revision, hiring probably averaged under 200,000 jobs per month last year, down from the 223,000 initially reported and only modestly better than the 179,000 monthly jobs added in 2017. 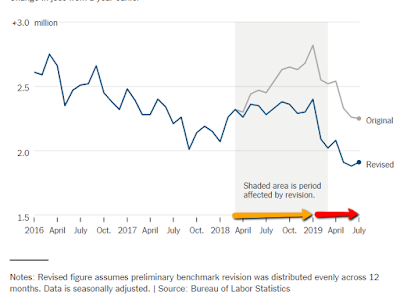 Apparently, Trump has yet to hit the 200K mark in average monthly job gains.  If it hasn't blown through already, a tweet storm is likely on the horizon. 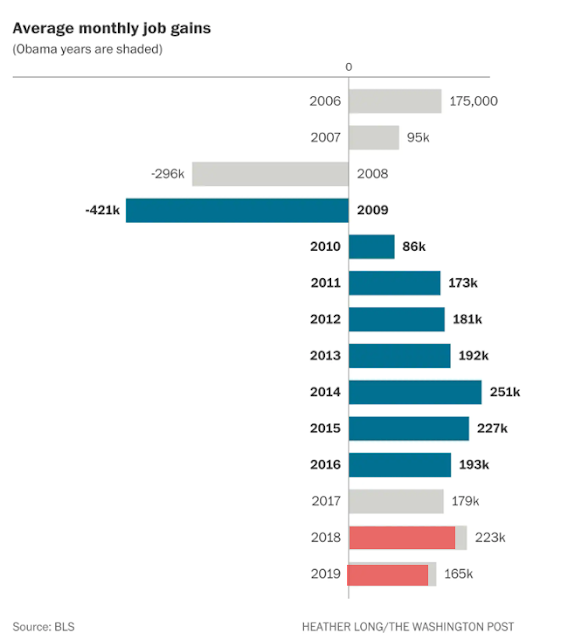