It's so matter of fact. Another 2 mass shootings gives us an opportunity to look 10 other recent ones. 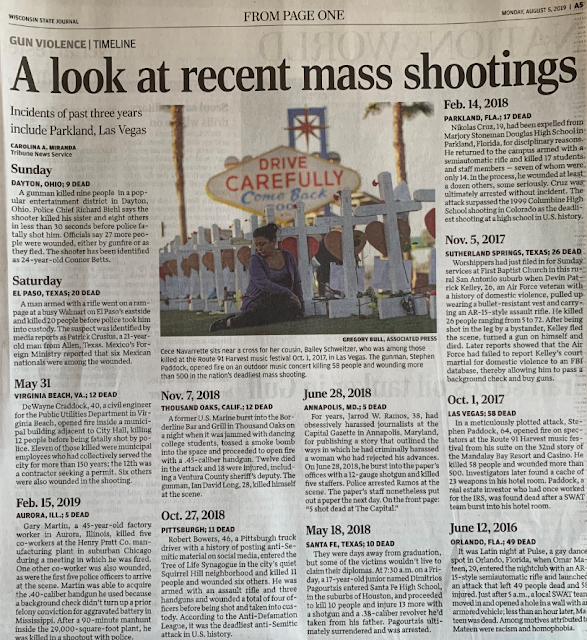 Donald Trump was elected in November 2016.  All of the above mass shootings are on his watch.


The gun lobby has structural advantages and a Senate aligned with its stance. But activists have increased financing and grass-roots energy as they pursue their cause.

The countries with a higher rate of gun deaths tend to be war torn, or failed states with powerful criminal organizations. In 2016 in the US there were 15,592 deaths involving guns (not including suicides, which average around 22,000), including 346 mass shootings, 732 children, and 3,234 teens.