“After reflecting on how best to help our country address these challenges, I have made the decision to not seek reelection for the 23rd Congressional District of Texas in order to pursue opportunities outside the halls of Congress to solve problems at the nexus between technology and national security,” he wrote in a long statement.

He vowed to “stay involved in politics to grow a Republican Party that looks like America.”


Since 2020, elections have been close in the 23rd district, within 5 percentage points.  And never closer than in 2018.  Democrat Gina Ortiz Jones, who lost to Hurd by one-half percentage point announced her 2020 candidancy on May 14.  I imagine we'll see a flip here. 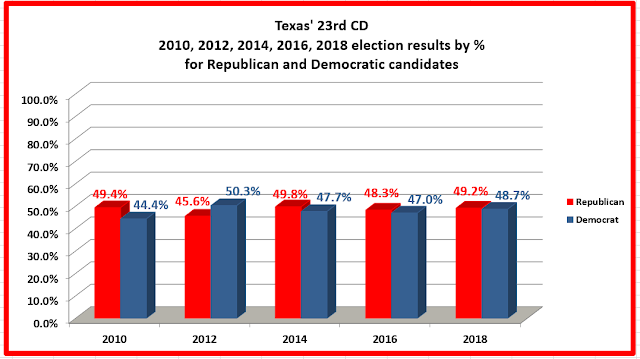 The 23rd CD sprawls over 58,000 square miles in west Texas, making it slightly larger in area than Michigan. 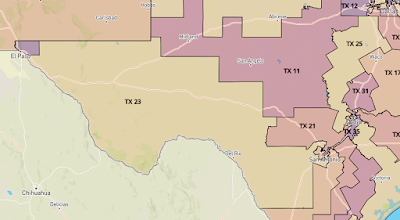 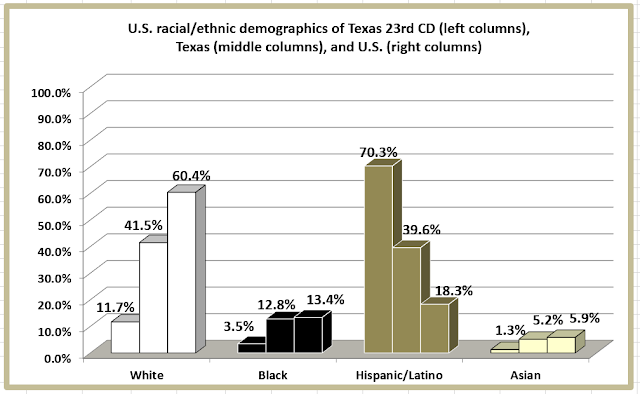 The Obama elections:
In all 3 elections, Texas ranked among the bottom 5 states in voter turnout.