The scientists left sex offender Jeffrey Epstein to do the probing

Reported in Jeffrey Epstein Was a Sex Offender. The Powerful Welcomed Him Anyway.  (The New York Times, 7/13/2019) 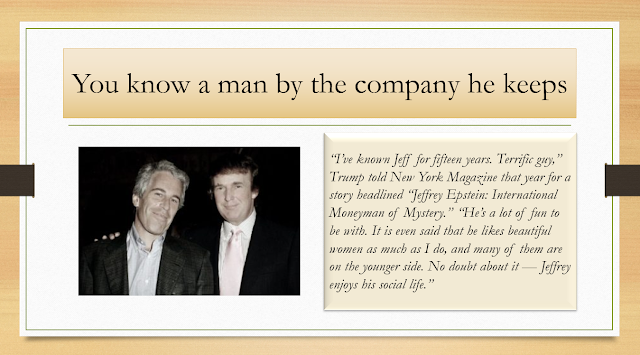 
The two sentences that precede the excerpt above: Epstein likes to tell people that he’s a loner, a man who’s never touched alcohol or drugs, and one whose nightlife is far from energetic. And yet if you talk to Donald Trump, a different Epstein emerges.