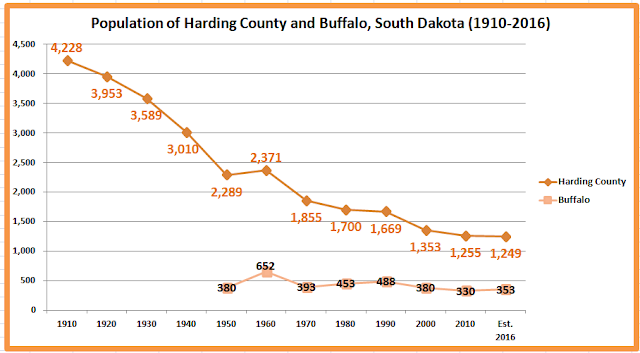 Buffalo is the northern district county seat of Harding County. 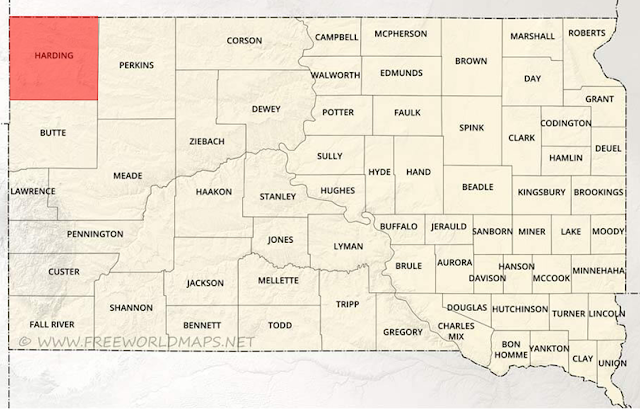 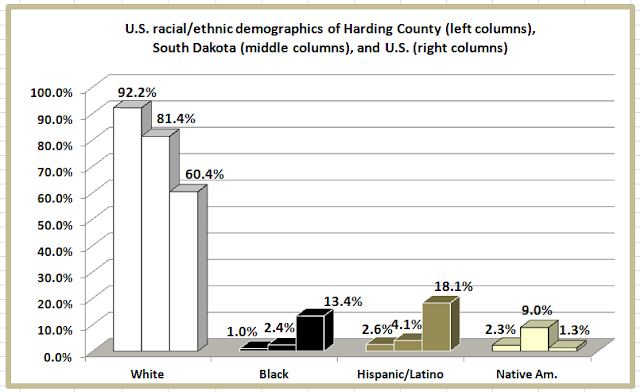 Related reading:
Scientists Say They Have Found the Heart of a Dinosaur.  (The New York Times, 4/21/2000)

The dinosaur in question was a plant-eating animal 13 feet long and weighing 660 pounds that lived and died not long before the extinction of all dinosaurs, which occurred about 65 million years ago. In 1993, Mr. Hammer found the skeleton embedded in sandstone in Harding County, in northwestern South Dakota. The fossils were acquired by the North Carolina museum three years later, where they are on display.