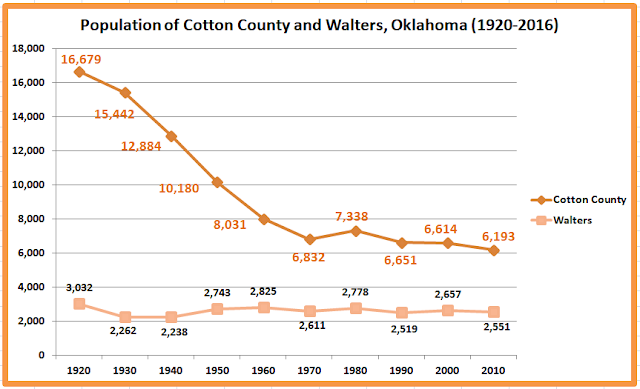 Walters is the county seat of Cotton County. 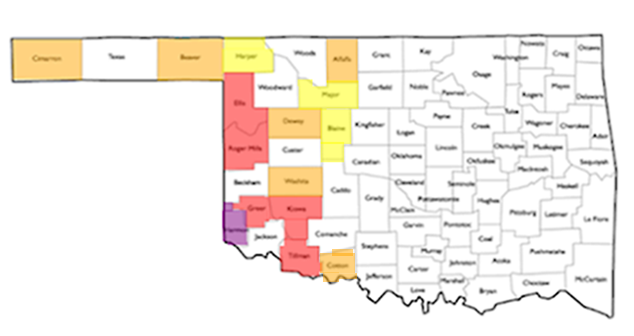 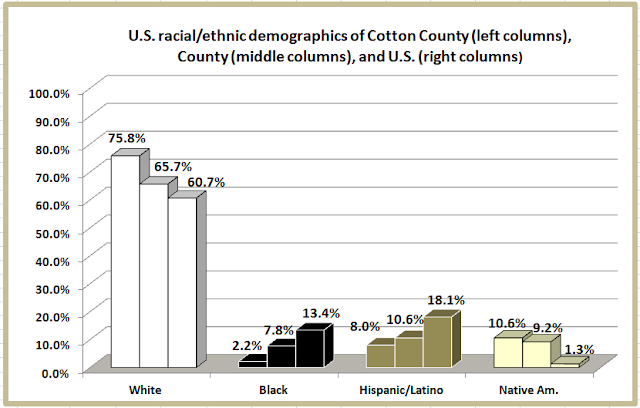 
The last time Cotton County voted for a Democratic candidate for president was in 1996, when Bill Clinton won a 2nd term. In 1964, LBJ beat Barry Goldwater by 32.8 percentage points, and third-party candidate George Wallace received 29.1% of the vote in 1968.

In Cotton County, Okla., a ruined gymnasium has only holes where windows used to be. Across the country, schools, auditoriums and community centers of the era are headed for the wrecking ball.

“It’s ironic to be tearing them down just when America is going through tough times again,” said the biographer Robert A. Caro, who wrote about the W.P.A. in “The Power Broker,” his book about the builder Robert Moses. “We should be preserving them and honoring them. They serve as monuments to the fact that it is possible to combine infrastructure with beauty.”