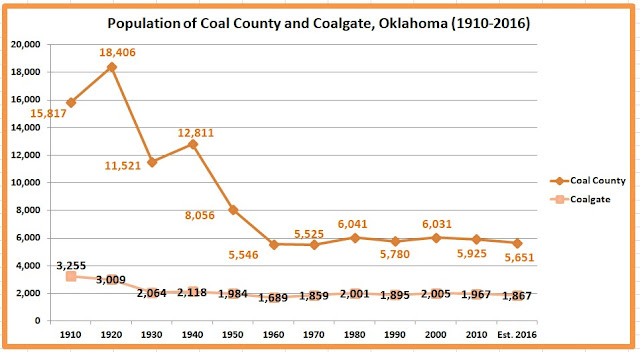 Coalgate is the county seat of Coal County. 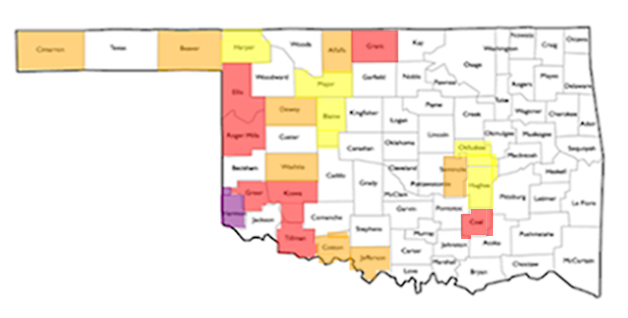 
The last time Coal County voted for a Democratic candidate for president was in 1996, when Bill Clinton won a 2nd term. In 1964, LBJ beat Barry Goldwater by 38.3 percentage points, and third-party candidate George Wallace received 27.7% of the vote in 1968.

Related reading:
Where Democrats Like Hillary Clinton the Least (Besides Vermont).  (The New York Times, 5/9/2016)

Once you get past places in Vermont on the list of the worst counties for Hillary Clinton so far in the primaries, you quickly arrive at Coal County, Okla., where she won just 19 percent of the vote.