Nominations are now open for the Nutburger of the Year 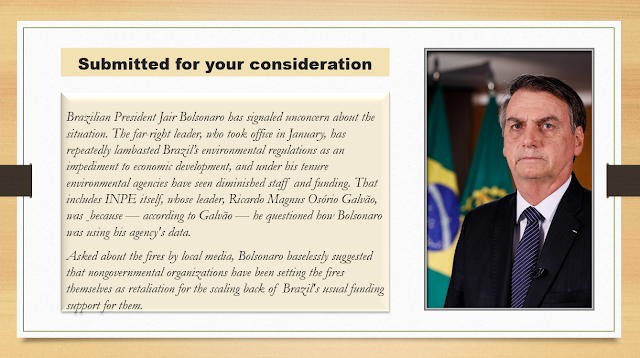 Reported in Tens Of Thousands Of Fires Ravage Brazilian Amazon, Where Deforestation Has Spiked.  (NPR, 8/21/2019) 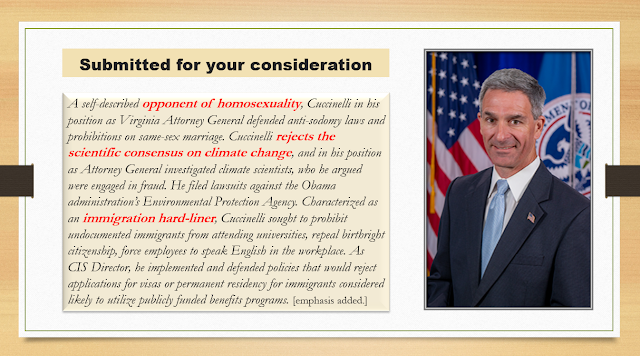 Text and photo from Wikipedia


“Give me your tired and your poor who can stand on their own two feet, and who will not become a public charge,” he said. That evening, he said the poem referred to “people coming from Europe.”


Related reading:
Italians in America: From Discrimination to Adoration (or almost).  (Life in Italy)


Today Italians, like all European peoples, are considered racially Caucasian or ‘white’, but that was not always the case. When Italian immigrants began arriving in the United States in the late 19th Century, they were met with racial prejudice. These people, mainly from Southern Italy, were physically darker than most of the arriving immigrants from Europe at the time and were treated harshly. News clippings from the late 19th century describe these Italian immigrants as a sub-human race and it was not uncommon for Italians to be hanged by mobs in the southern states, especially around the city of New Orleans.


According to the family tree, Cuccinelli’s great-grandfather Dominic Cucciniello was born in 1875 in the south of the newly formed nation of Italy and came to the United States in 1896. On his 1930 census form, Dominic, then a 54-year-old US citizen, stated that he was a laborer and homeowner in Hoboken, New Jersey. At the time, the census gauged Americans’ wealth and status by asking whether they owned a radio; Dominic did not. By the time of the 1940 census, he had bought a home in Jersey City worth $5,000, about $90,000 in today’s money. He appeared to be retired at 65 after completing zero years of schooling.

He had made a life for his family in America, despite being the type of person the new public charge rule might exclude. 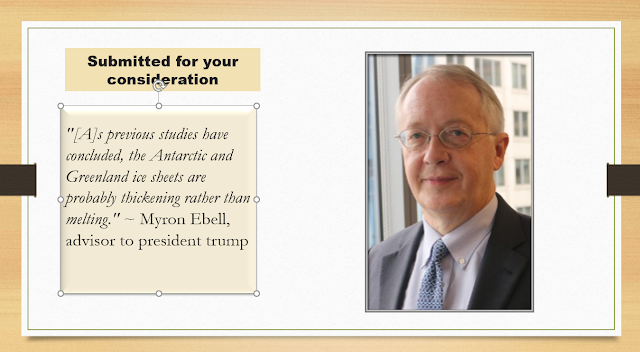 This from the National Snow and Ice Data Center. 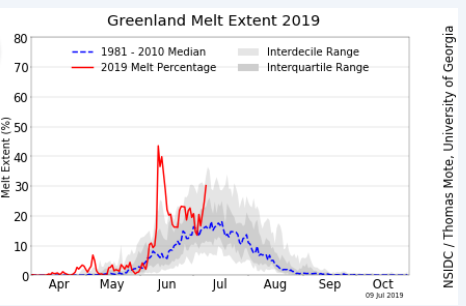 
“The automakers are not going to help and may be part of the opposition,” wrote Myron Ebell, a senior figure at the Competitive Enterprise Institute, a free-market think tank in Washington that disputes that climate change is a problem, in a May 2018 email sent to supporters and an official at the Environmental Protection Agency. 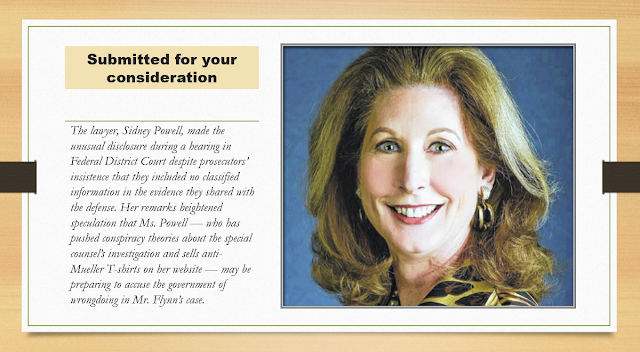 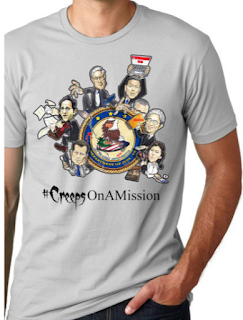 SidneyPowell
From $25 -$35
Available in sized M through 4XL