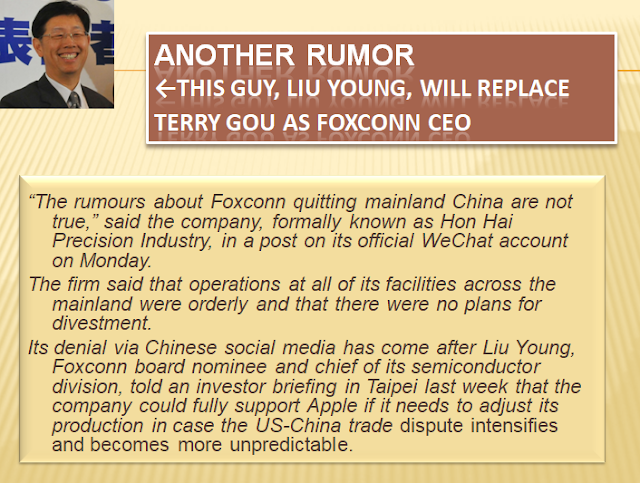 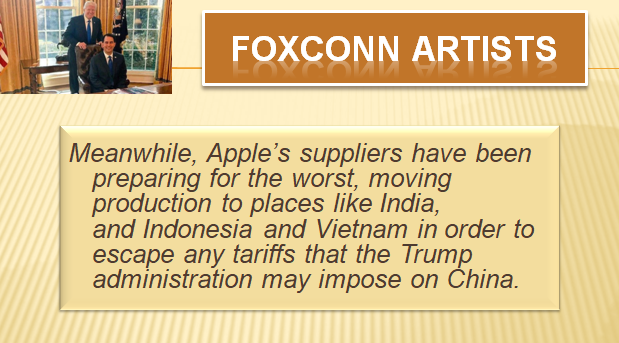 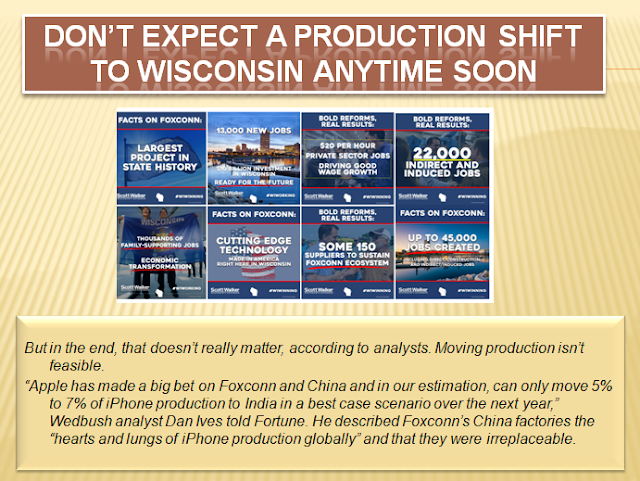 Reported in Why Apple Will Keep Most iPhone Production in China Despite Tariff Threat.  (Forbes, 6/13/2019)

Key word in headline: "may".  And, speaking in Taiwan to analysts at a rare investor conference, key Foxconn executive Young Liu pointed to the importance of the Wisconsin project, according to a published report in Nikkei Asian Review. Besides the liquid-crystal display panels that have long been planned for the Mount Pleasant factory, it could also be used to produce servers, networking products and central controls for automobiles, Nikkei reported.

Without a factory up and running, I can't imagine they'd include Wisconsin in their 'production capacity'.  “Twenty-five percent of our production capacity is outside of China and we have enough capacity to meet Apple’s demand in the U.S. market,” a member of the Taiwanese firm’s proposed new board, Liu Young-way, said on June 11. He added that if Apple needs, Foxconn could adjust its production lines accordingly.

OK, so wouldn't you think Foxconn needs to go back to the drawing board if they plan to broaden the range of products manufactured in Wisconsin?  Additional details on Foxconn Technology Group’s planned LCD fabrication facility in Mount Pleasant emerged Thursday in construction documents released by the state Department of Safety and Professional Standards.  [emphasis added]