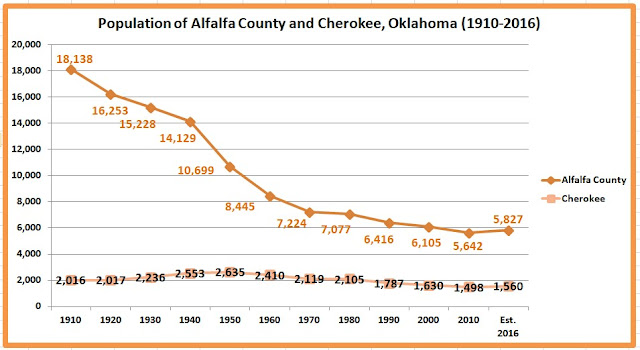 Cherokee is the county seat of Alfalfa County. 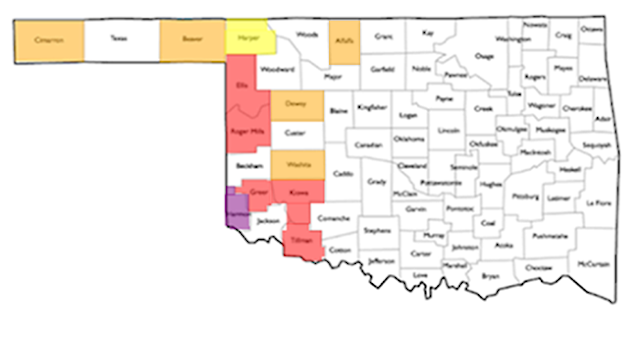 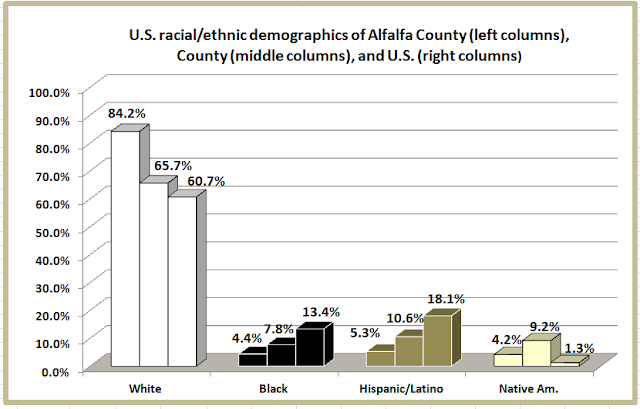 
The last time Alfalfa County voted for a Democratic candidate for president was in 1936, when FDR won his 2nd of 4 terms. In 1964, Barry Goldwater beat LBJ by 17.2 percentage points, and third-party candidate George Wallace received 8.1% of the vote in 1968.


Related reading:
Rash of Suicides in Oklahoma Shows That the Crisis on the Farm Goes On.  (The New York Times, 8/17/1987)

Warren Cox, a 51-year-old wheat farmer from Carmen, in northwestern Oklahoma, who was found July 15 slumped under a tree along a dirt road outside of town with a shotgun in his lap. Mr. Cox, a member of the Town Council, received a foreclosure notice from his bank a month before he died. He was one of three farmers from Alfalfa County who killed themselves in the last two years. ''We haven't experienced anything like this before,'' said Verlin Dean Berg, the county's Undersheriff.