Ness City is the county seat of Ness County. 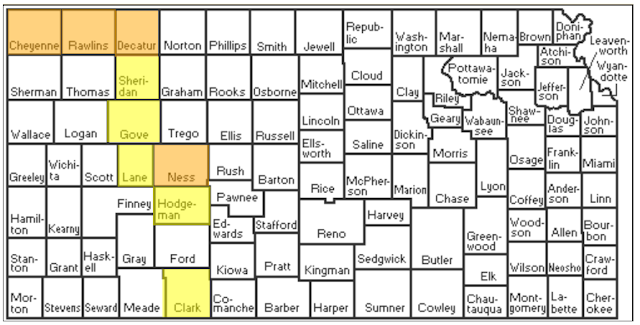 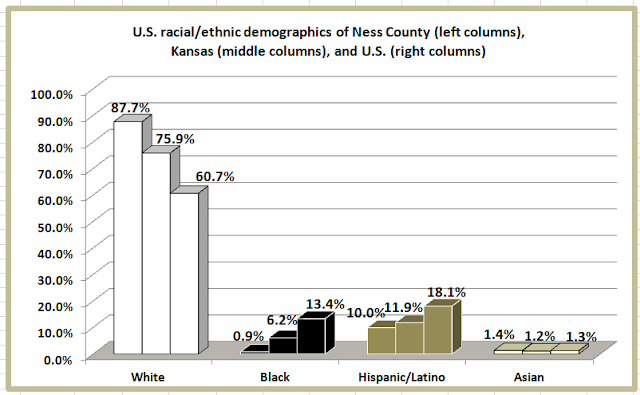 
The last time Ness County voted for a Democratic candidate for president was in 1976, when Carter beat Ford by 4.1 percentage points. (LBJ won by a margin of 20.2 percentage points over Barry Goldwater, but George Wallace received 8.7% of the vote in 1968.)


The fourth belt is in the heart of the Kansas wheat region and in area it is the largest of the five rainfall divisions. The selection of ten townships was made from eight different counties. On the northern border two counties, Phillips and Decatur, produce corn and livestock as well as wheat. Ellsworth, Russell, Ellis and Ness counties include a good representation of cattle country. Edwards county is devoted almost altogether to wheat. Barber county produces cattle and wheat. Five of the individual townships, in Barber, Decatur, Edwards (Trenton), Ellsworth and Russell counties, were moderately irregular in turnover until 1905 or 1915, and thereafter increased consistently in stability to a high level of 70 percent to 80 percent for the five years 1930-1935. In the others the irregularity from base to base continued through their whole history, but all arrived at a level of 70 percent or more for the final five years. In 1905 the level of stability declined in the townships from Barber, Decatur, Edwards (Kinsley and Wayne), Ness and Phillips counties, but increased in the other four. In 1915 the decline occurred only in the townships from Barber and Decatur counties, and in 1920 only in Ness, Phillips and Russell counties.