According to police reports, Wednesday night's fighting between white and Negro boys.  When the Dane County traffic policemen tried to break up the fight, they were pushed and knocked to the ground. 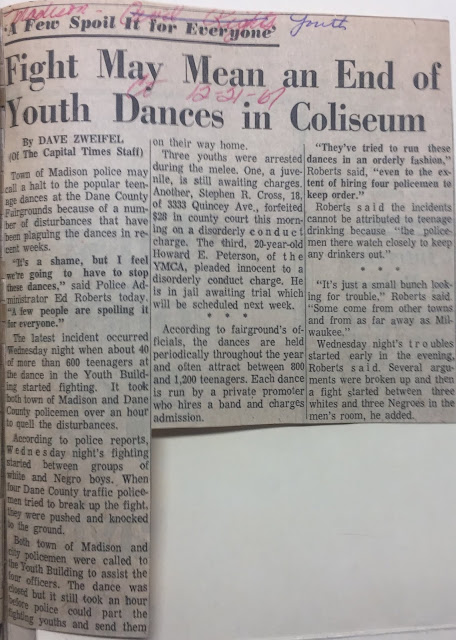 
A dance Wednesday night had to be stopped because about 40 youths became embroiled in a fight with racial overtones. 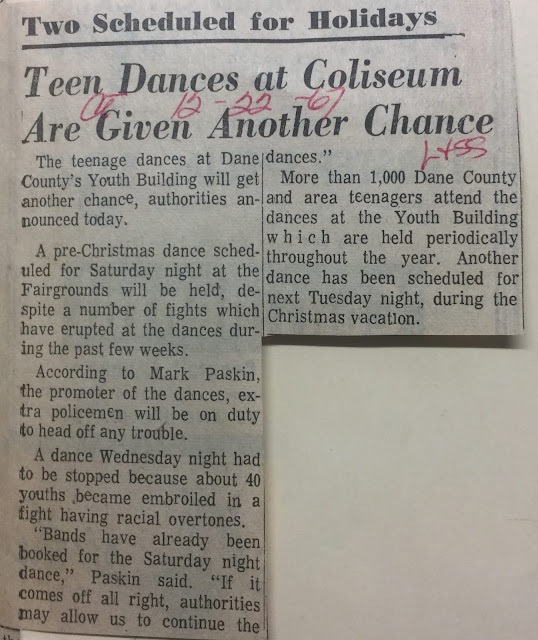 "We recognize these kids are filled with pep, but they will just have to act in an orderly manner," Erickson commented.


The racial incident that followed the Aug. 3 dance has triggered a bitter controversy between the Equal Opportunities Commission, and the Police Department and City Council. 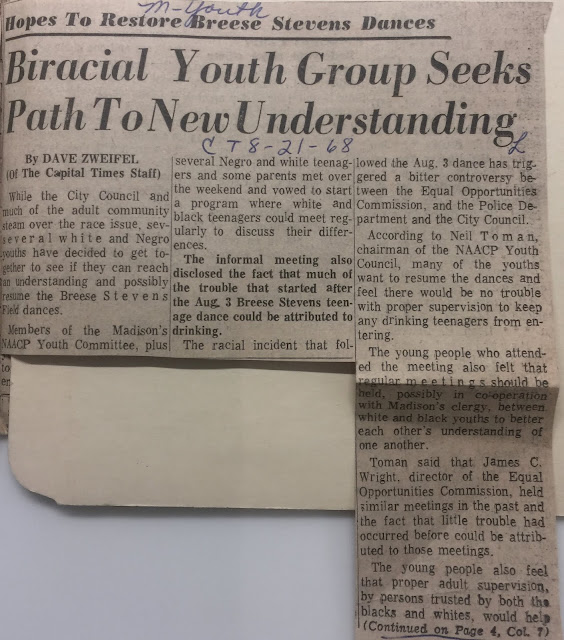 
Even without the assassination of Martin Luther King Jr. on April 4, race would have been at the forefront in Madison in 1968. Less than a week before King's murder, the Madison Equal Opportunities Commission (EOC) reported 18 instances of overt racial conflict in the past 11 months.


A year later, the EOC saw things differently, declaring after its public hearings that “racial discrimination undeniably exists” and that “a serious lack of rapport exists between Madison minority group members and the police. There is real fear of harassment and retaliation.”

“The summer of 1967 was a jittery one in terms of race relations,” it recounted, citing “the increased number of neighborhood clashes with racial overtones in several areas of the city. It would seem that the problems of housing, disbelief in employment possibilities [and] hostility focused on police are the peaks of an iceberg of deeper problems. Their causes lie in the long years of overt and covert discrimination.”


1968: The National Urban League approves an application for an affiliate to be located in Madison. Funding for the group is initially rejected by the Givers Fund, now known as the United Way, because “discrimination as it exists in other communities does not exist in Madison.”