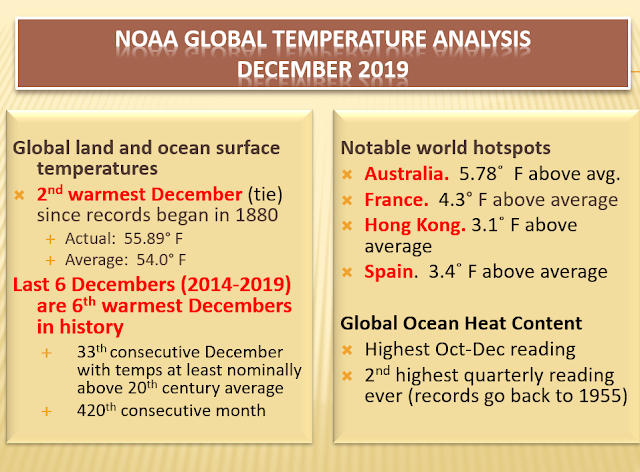 The world’s five warmest years have all occurred since 2015 with nine of the 10 warmest years occurring since 2005, according to scientists from NOAA's National Centers for Environmental Information (NCEI). It was also the 43rd consecutive year with global land and ocean temperatures, at least nominally, above average. 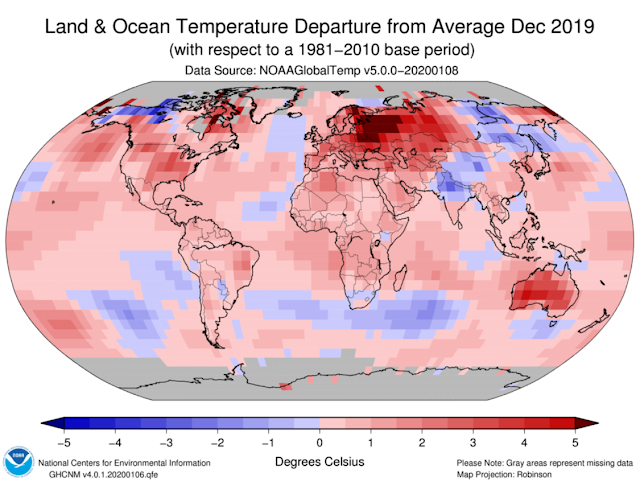 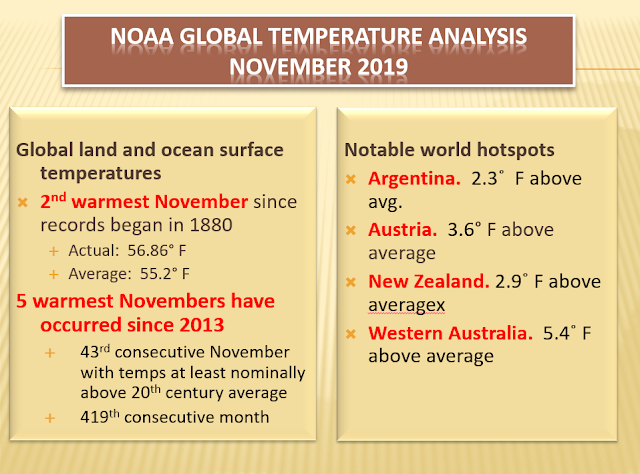 
The remarkable year-to-date warmth means that the six warmest years on record globally since 1880 will be the last six years—2014 through 2019—with the peak occurring during the strong El Niño year of 2016. The near-record global warmth in 2019 is all the more remarkable since it occurred during the minimum of the weakest solar cycle in 100+ years, and during a year when a strong El Niño was not present. 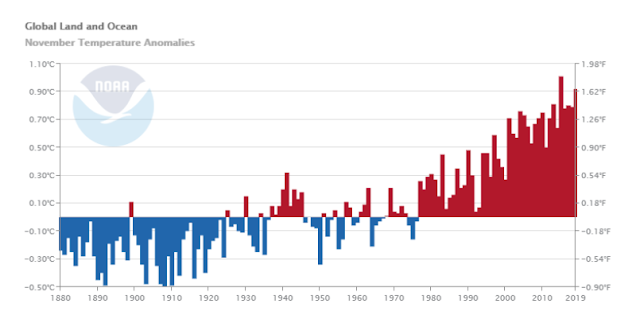 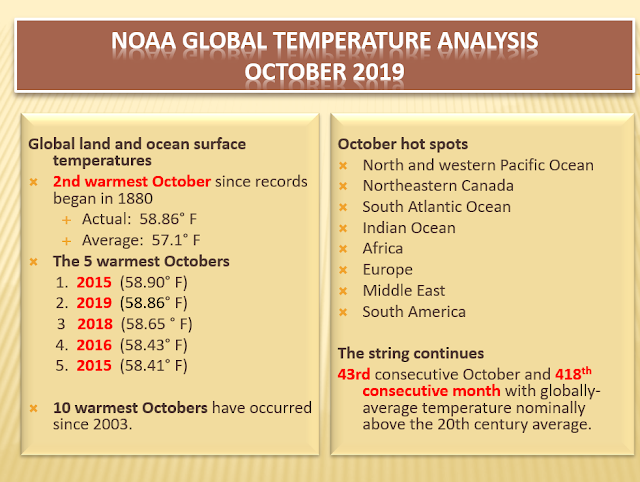 Assessing the Global Climate in October 2019.  Second warmest October on record for the globe. (NOAA) 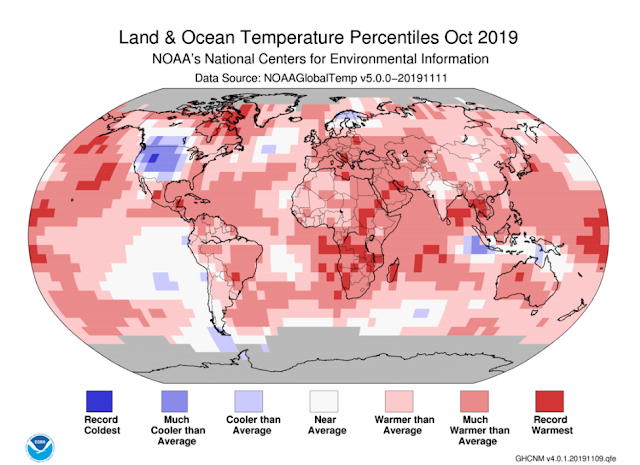 
Rain, snow and early-season freezing across much of the United States sent the country’s average temperature for October plunging to its lowest in a decade, after months of near-record or record-high temperatures.

But despite the national dip, it was the warmest October on record across the globe, and 2019 continues to trend warmer than normal in the U.S. and around the world. 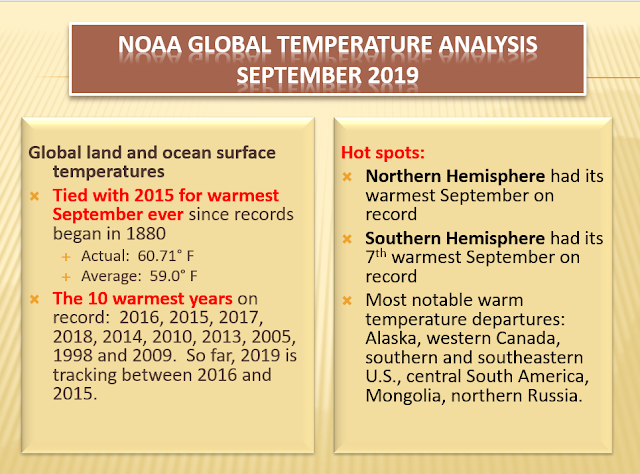 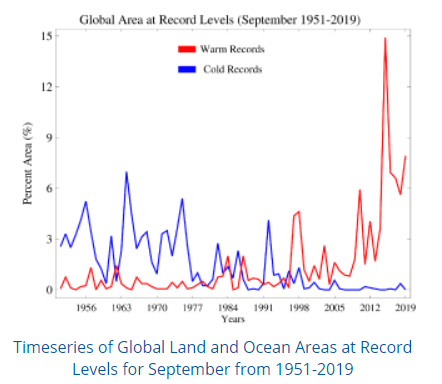 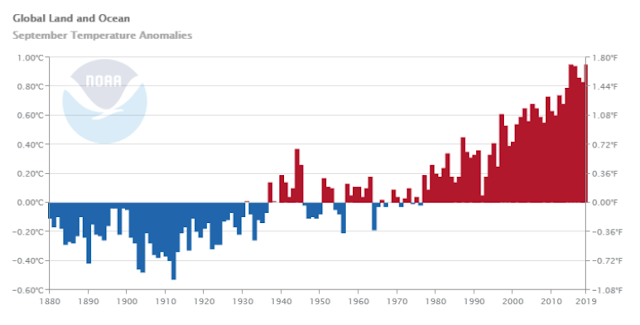 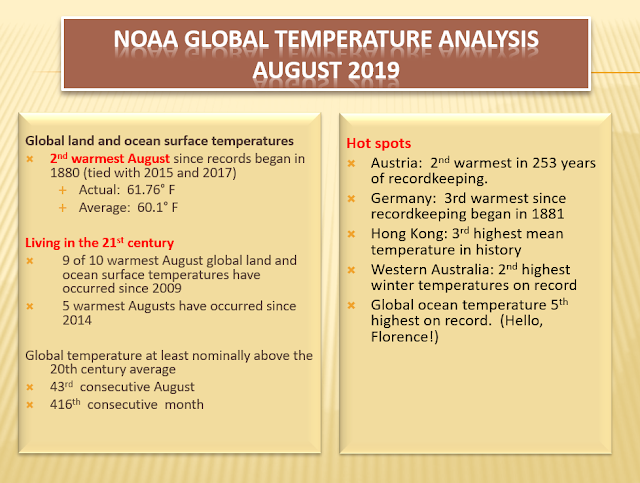 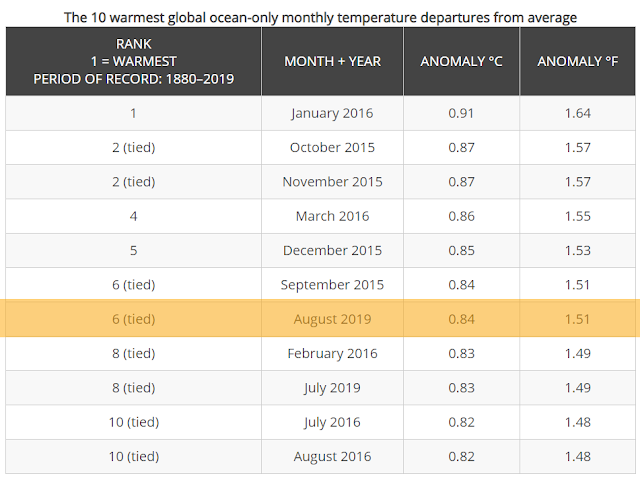 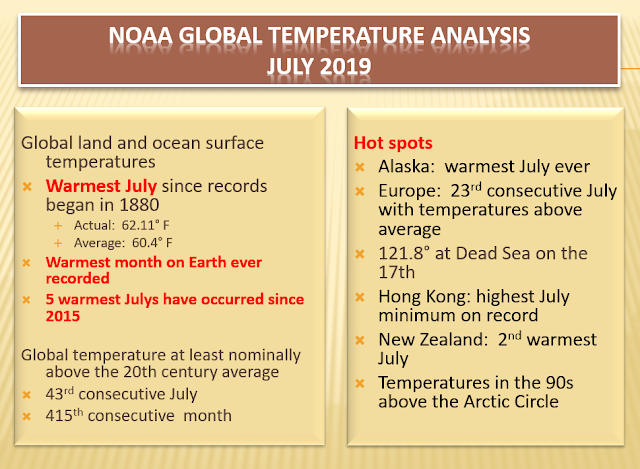 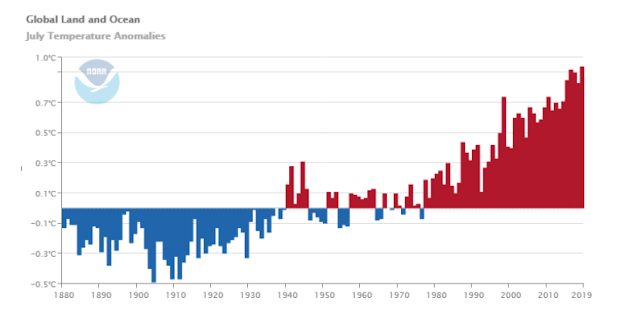 
The record heat was felt in most parts of the globe, the agency said, including parts of North America, southern Asia, southern Africa and much of the Atlantic and Pacific oceans. There were no record cold July temperatures anywhere. 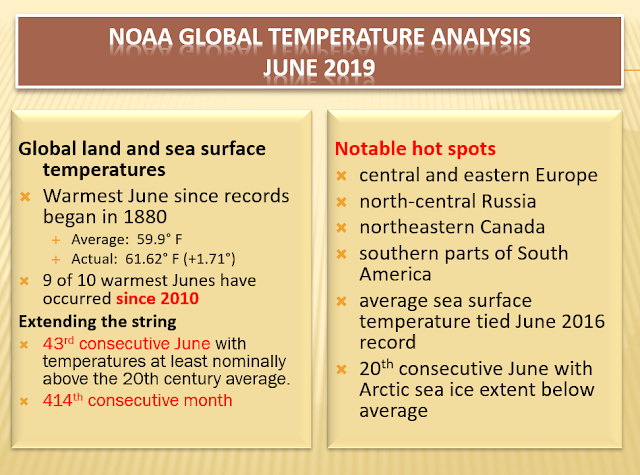 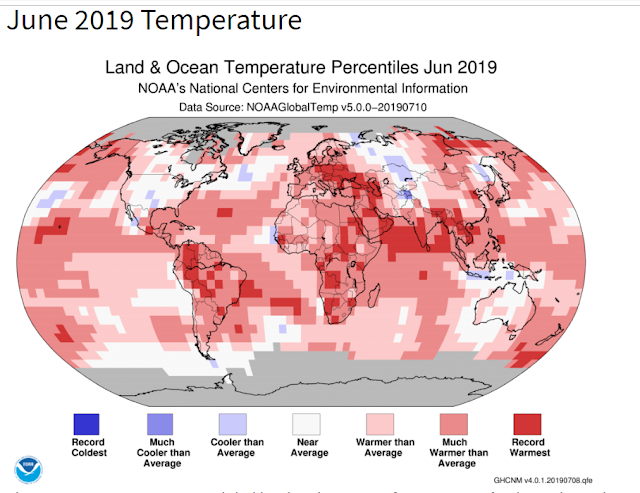 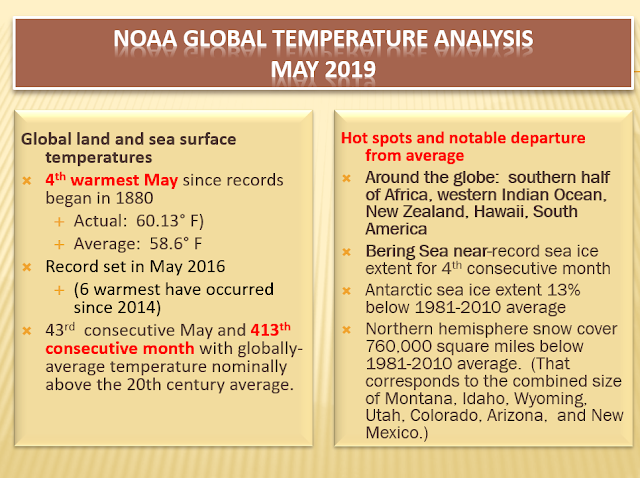 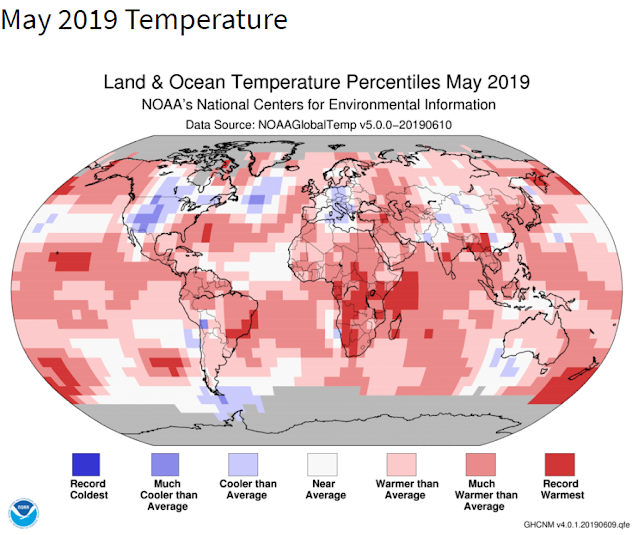 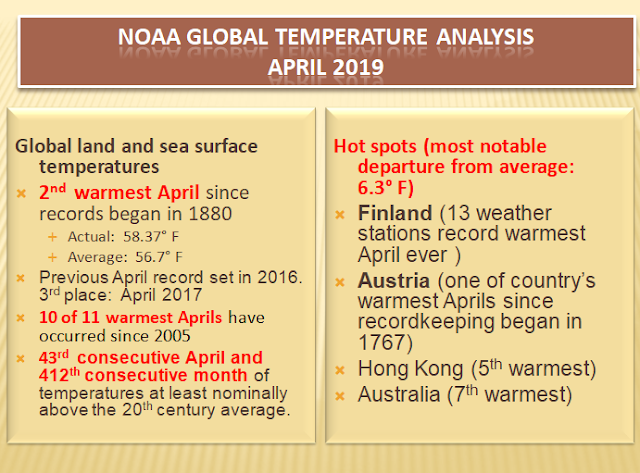 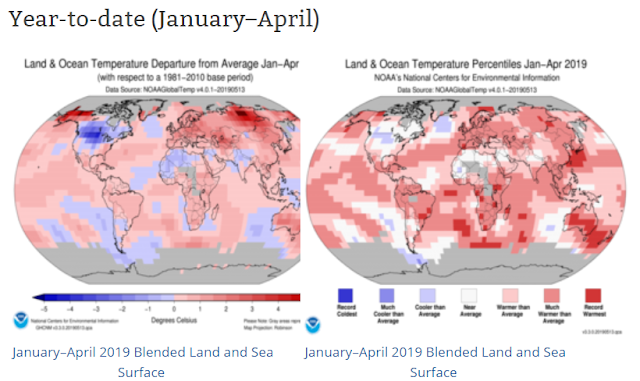 
That may not sound like a big temperature anomaly, but only nine months dating to 1880 had a global monthly temperature departure of 1 degree Celsius or more in the global temperature database from NASA's Goddard Institute for Space Studies. 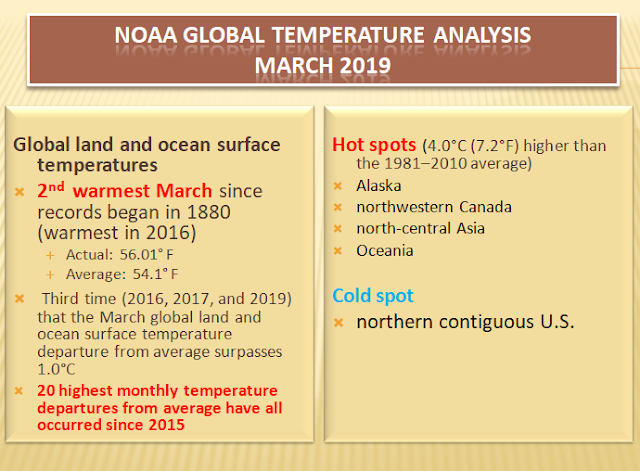 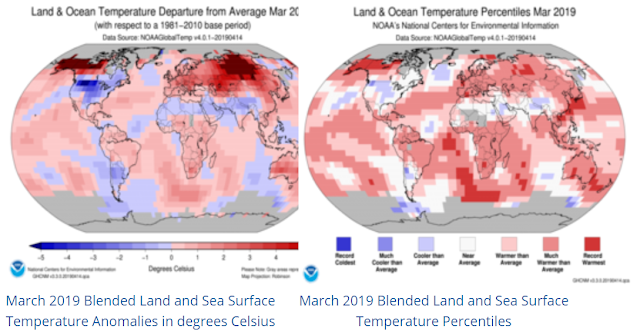 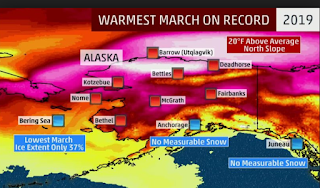 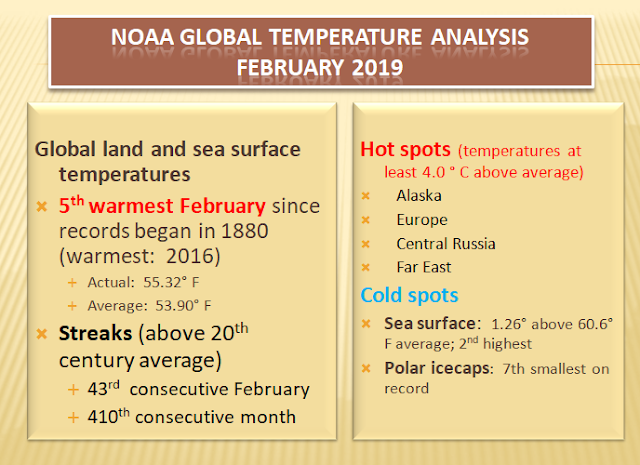 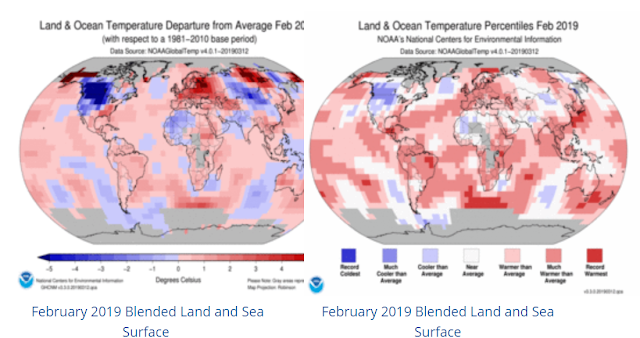 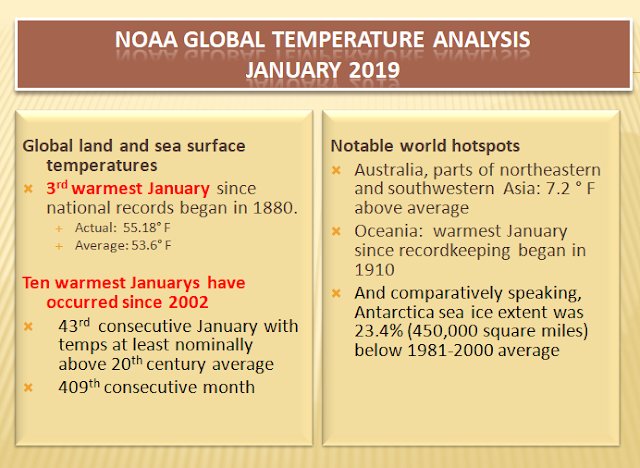 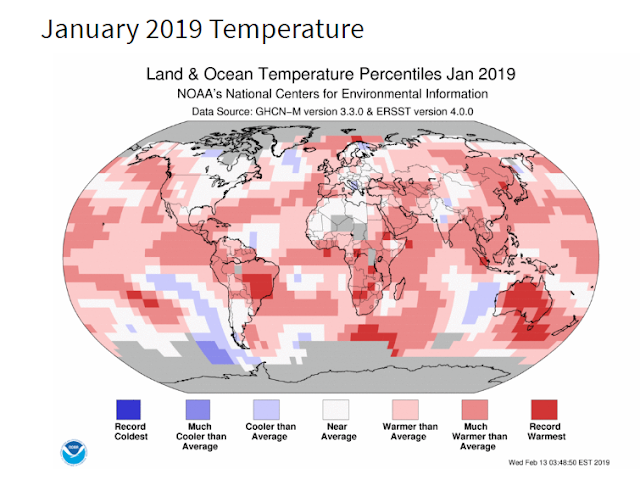