But in a series of questions, Mr. Harris stumbled and appeared to mislead the board. When he returned to the crowded courtroom after a lunch recess, he asked whether he could read a statement. He apologized to the board and explained that recent medical issues, including two strokes, had impaired his abilities and recall.


And this is what he had to say. 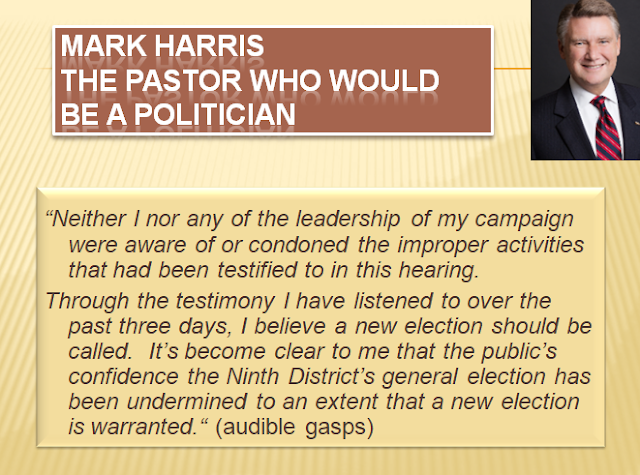 
According to Harris’ lawyer, the candidate was a pretty sick guy for a while, hospitalized for sepsis and suffering a couple of strokes. That’s a pretty legitimate reason for memory problems in the past few weeks, but hardly excuses the way he ran his campaign last year.  -- Mark White wasn't alone in making rookie mistakes, Fayetteville Observer, 2/2/2019


Harris and his team stole an election, plain and simple. 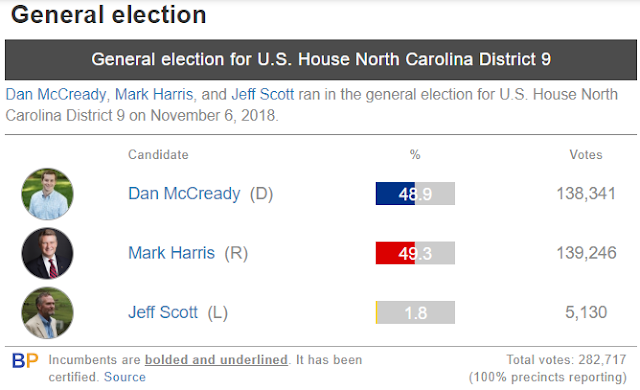 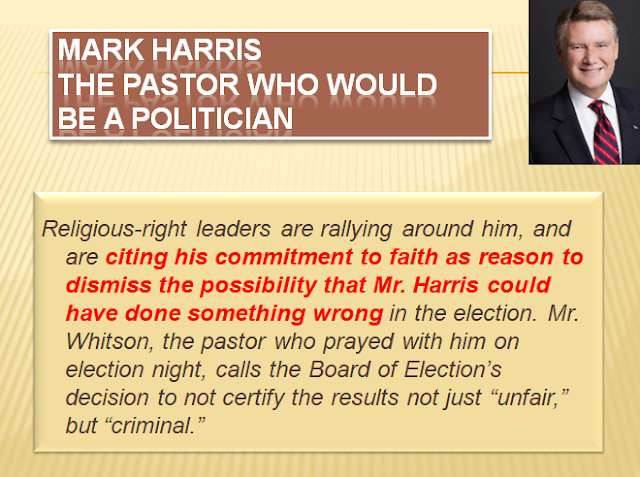 Yup.  Just like these fine, upstanding men on the list below couldn't possibly have done something wrong.

Variety of sources used (such here and here)