Scott Walker redux: There he goes again, bashing a woman of color 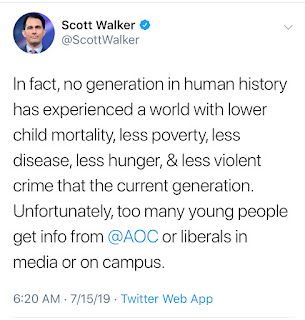 Drilling down a bit.

According to Merriam-Webster, the first known use of 'Pollyanna', referring to "a person characterized by irrepressible optimism and a tendency to find good in everything", occurred in 1921, eight years after the publication of the book of the same name. 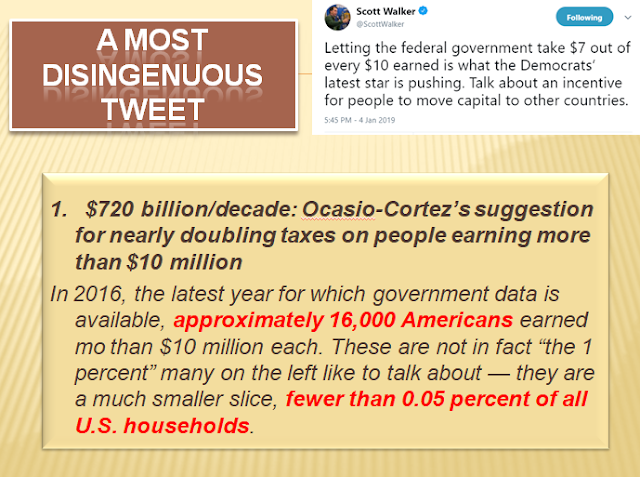 Reported in Ocasio-Cortez wants higher taxes on very rich Americans. Here’s how much money that could raise.  (Washington Post, 1/5/2019)

The latest GOP pastime appears to be bashing young women of color recently elected to Congress, with Scott Walker leading the charge.  (He wore out the "Democrats are filled with anger and hatred" meme during his failed campaign to win a third term as Wisconsin's governor.)