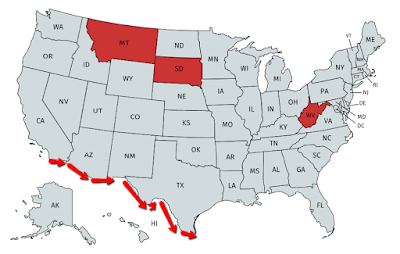 
Last week a Republican lawmaker in Montana proposed giving more than $8 million for the wall, while senators in South Dakota senators voted to urge construction of a steel barrier.


All of these states have a much higher proportion of white residents.

Source:  U.S. Census Bureau QuickFacts (above and below)