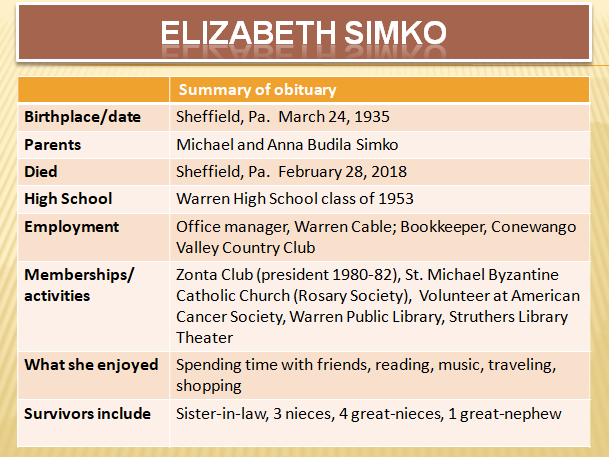 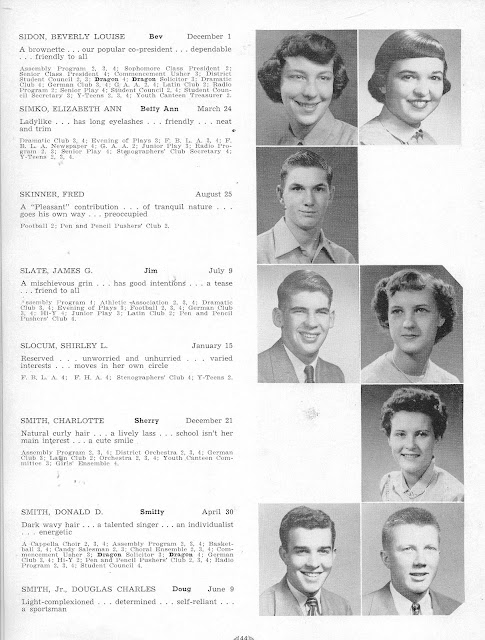 
The unending popularity of Elizabeth as a baby name is graphed here.  Let's take a look at great-niece Margot. 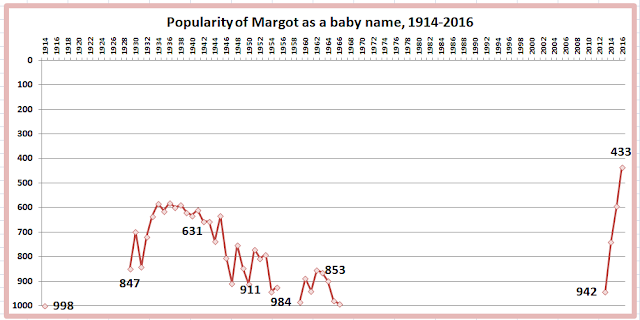 It looks as though Margot is finally making her mark.

Posted by Retiring Guy at 8:30 PM No comments:

Get me rewrite: Northern Wisconsin companies have no choice but to lure retirees back to the job 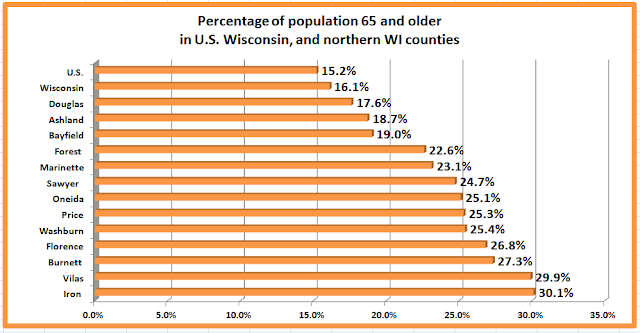 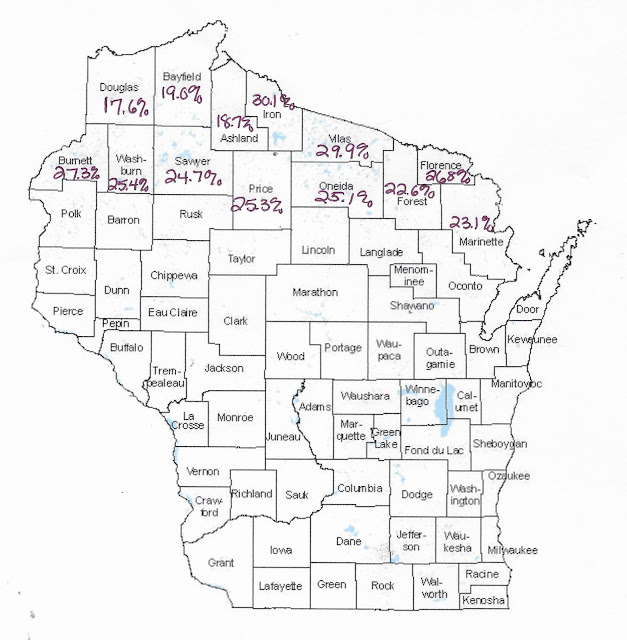 
Northern Wisconsin businesses that are having trouble finding employees are hoping to lure retirees to work or keep people nearing retirement on the job longer.

Posted by Retiring Guy at 7:05 PM No comments:


After 40 years of selling cars, Jere Law sees something new and shocking.

“People are writing $100,000 checks for a vehicle,” said the general manager of the Varsity Lincoln dealership in Novi, Mich.

“That may not sound like a lot in other places, but that’s the first time happening for Lincoln here in Michigan.” Business executives, doctors, pro athletes and parents with big families are placing orders for the new Lincoln Navigator luxury SUV.

What would Mabel say?

Posted by Retiring Guy at 10:24 AM No comments: 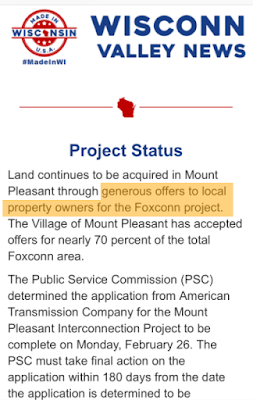 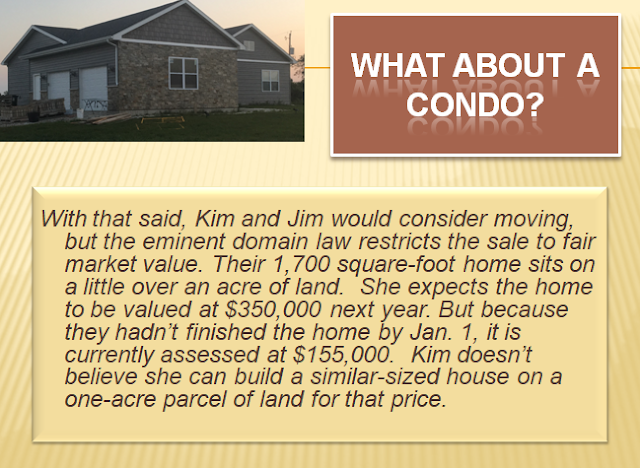 
The Sidney and Mad River school districts have guns hidden in safes throughout its schools which can be opened only by staff on the armed response team. Each member of the team is vetted, selected by the district, and must have a license to carry. The team goes through “rigorous” monthly training. 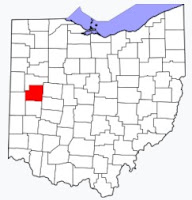 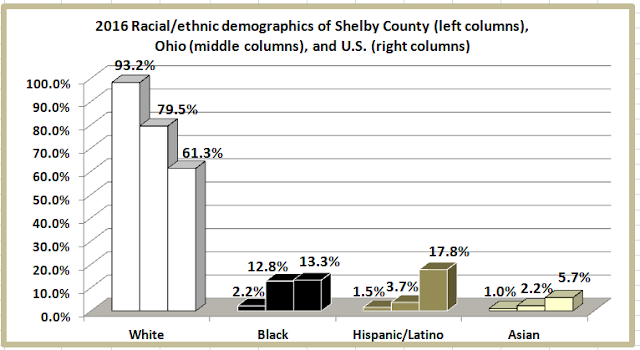 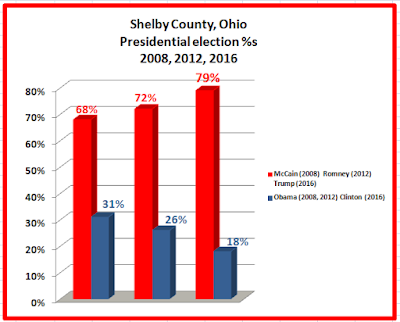 UPDATE: On its own, this example of myopic thinking should disqualify Giampietro as a nominee for federal judge 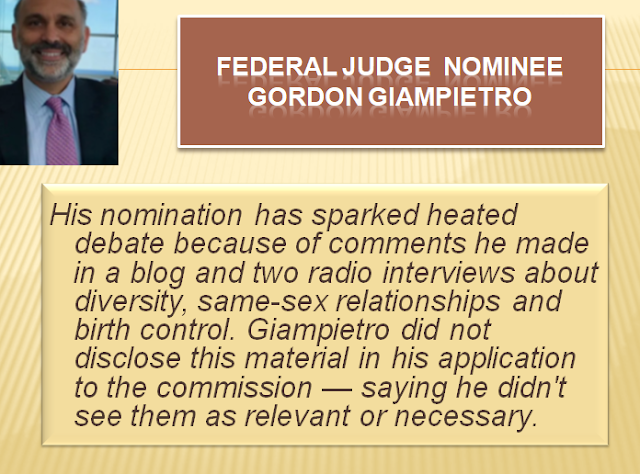 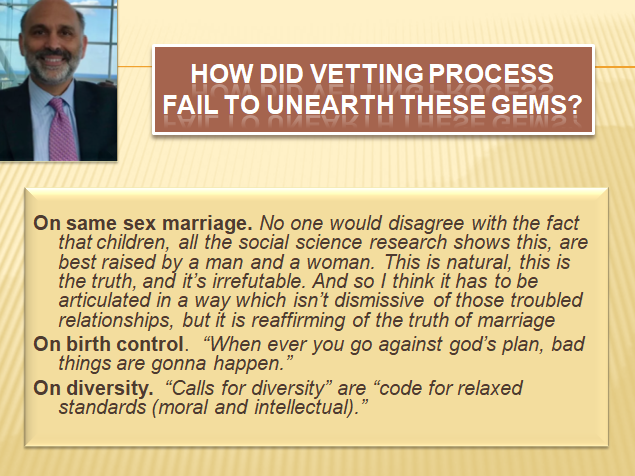 
Meanwhile, a member of the state nominating commission, Milwaukee labor lawyer Barbara Quindel, said the group would not have forwarded Giampietro's name had they known of his "bigoted" views. Giampietro was among four finalists recommended by the commission and the names were sent by Baldwin and Republican U.S. Sen. Ron Johnson to the White House. 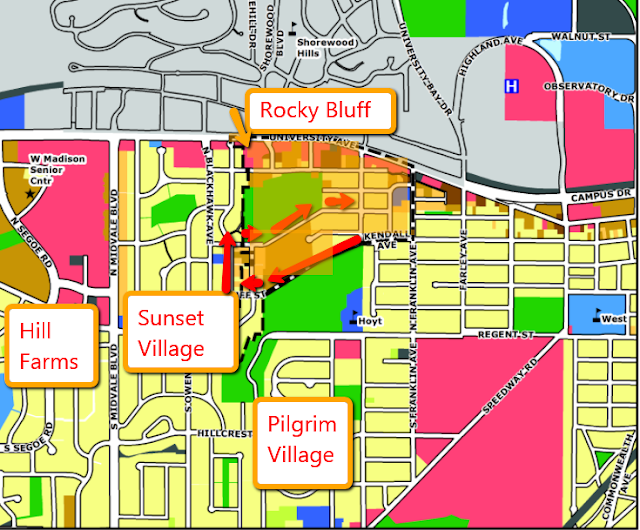 
Until a few weeks ago, I had driven through the Rocky Bluff neighborhood hundreds of times without realizing it was anything more than an agglomeration of single-family homes and small apartment building.  It wasn't until I read a 1/22/2018 Capital Times article about the demise of Party Port and a University Avenue redevelopment project on its compact site (Developer works to accommodate concerns of 'neighborhood in a forest' on University Avenue) that I learned this area of Madison has a name.

Madison's Rocky Bluff Neighborhood Association takes its identity as a “neighborhood in a forest” seriously. So seriously, in fact, that when discussing a proposed redevelopment of the Party Port site on University Avenue, some residents were concerned that light and noise pollution from the project could affect the “area’s cherished, unique” Katydid (AKA bush cricket) population.

Digging through the Madison Central Library's vertical files last night for any additional information about Rocky Bluff's history and development, I was disappointed to find that the drawer with the 'neighborhood' folders jumped from 'Richmond Hill' to 'Rolling Meadows'.
Related link:
Rocky Bluff Neighborhood Association


"Friendly, close-knit Near West Side neighborhood. Residents dwell in an urban forest on quiet, mature tree-lined streets and enjoy the trails in beautiful Quarry Park."

Posted by Retiring Guy at 6:35 AM No comments:


As noted in October, there has been an increase in the share of Americans expressing consistently liberal or mostly liberal views, while the share holding a mix of liberal and conservative views has declined.

In part, this reflects a broad rise in the shares of Americans who say homosexuality should be accepted rather than discouraged, and that immigrants are more a strength than a burden for the country.

Across all four generational cohorts, more express either consistently liberal or mostly liberal opinions across the 10 items than did so six years ago.

Dear Karl Rove, You're full of shit and everybody knows it. Best, RG


Perhaps the real story this coming year may well be the other side of the turnover coin: filling these senior staff vacancies. Year-two recruitment is more of a challenge for any administration because the post-election enthusiasm has long since faded, the “first string” recruits have been tapped out, and the harsh realities of governing are in full view. With the Mueller investigation heating up in the coming months and growing electoral fears after the Alabama Senate election, some Republicans might be less eager to send their resumes to 1600 Pennsylvania Avenue.

This week in the cereal aisle: The takeover of Mom 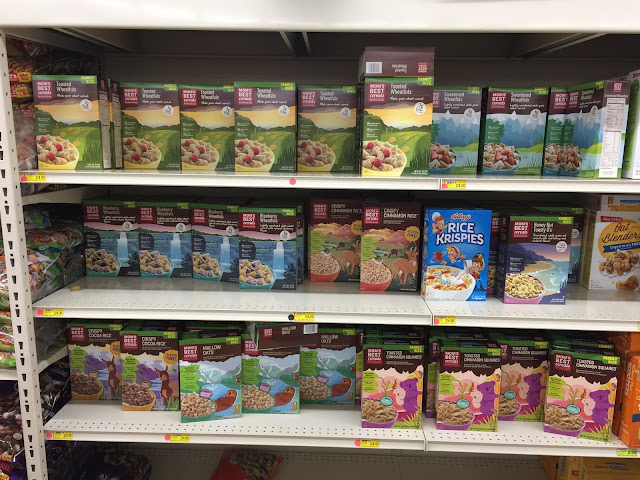 
MOM Brands, as the Malt-O-Meal company has been called since 2012, is perhaps best known by Minnesotans for its namesake hot wheat cereal, still churned out at a vintage mill in Northfield. But the company hit the big leagues by selling low-priced cold cereal in bags and producing knockoffs of major brands.

Its Tootie Fruities, for instance, are a dead ringer for Kellogg’s Froot Loops.


The church, which has a worldwide following, believes the AR-15 symbolizes the “rod of iron” in the book of Revelation, and encouraged couples to bring the weapons. An AR-15 was used in the Florida high school massacre on Feb. 14.

The Rev. Sean Moon, who leads the church, prayed for “a kingdom of peace police and peace militia where the citizens, through the right given to them by almighty God to keep and bear arms, will be able to protect one another and protect human flourishing.”

Moon is the son of the late Rev. Sun Myung Moon, a self-proclaimed messiah who founded the Unification Church, which critics regard as a cult. 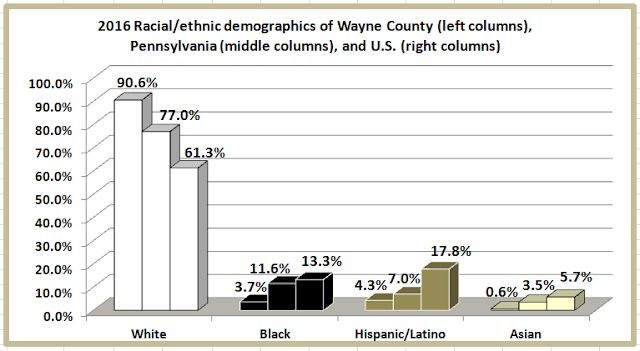 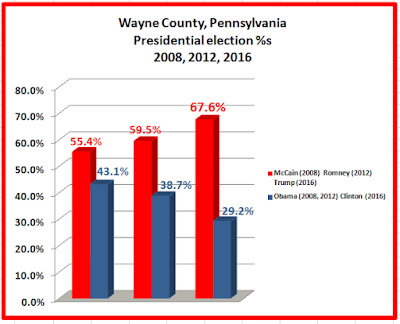