The Case of the Republican Zombies, chapter 1 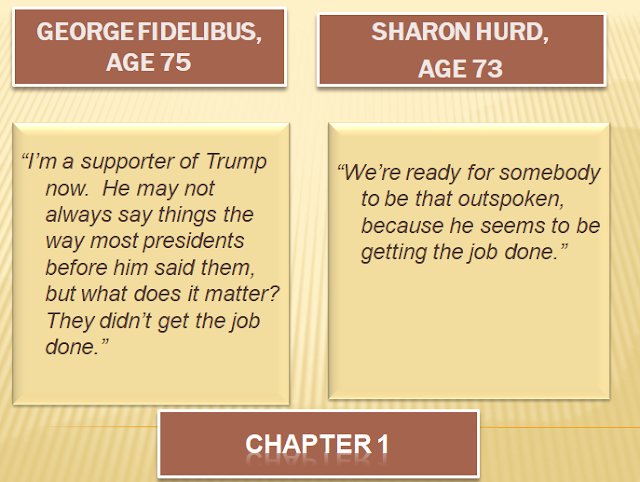 George quoted in As Suburban Women Turn to Democrats, Many Suburban Men Stand With Trump, The New York Times, 10/13/2018.


Ultimately, Niebuhr argued, the morality of an individual must be held to a higher standard than that of the group, including the nation state and the government leaders who represent it. "Sanctimonious hypocrisy" was one of the greatest sins he attributed to presidents of his own time, but what made one "morally unfit" for the job he left to others to assess. Given our current political crisis, it might be past time we figured that out.


My concern is not whether Trump really is a Christian, though I admit I have serious doubts. Rather, my concern is whether his stated views and beliefs line up with Christian thought. And it is clear that many of them do not.