Now and then: 1815 Charles Street, Rockford, Illinois (the back yard edition)


The area of the back yard by the side porch of 1815 was a popular place for taking pictures in the Nelson family.  This particular photo preserves a most notable event.  My dad, flanked by his parents, was the first in his family to graduate from college -- Augustana, June 1939.  He went on to attend Augustant Seminary, from which he graduated in 1943. 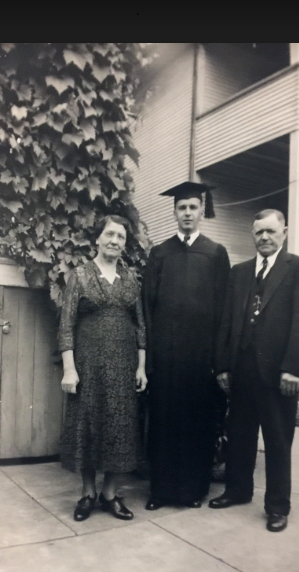 And then there's this summer of 1956 family portrait of the George Swanson family.  Aunt Signe is his wife.  They are shown with their children Carolyn and Roland. 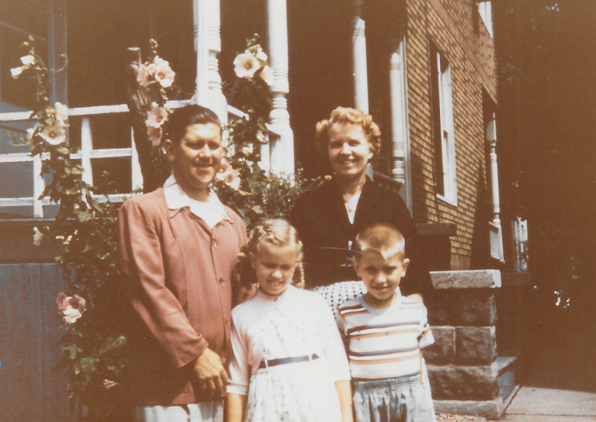 1815 Charles Street hasn't been in the Nelson family for many years, so I always feel a bit like a trespasser whenever I make the pilgrimage there.  My grandparents lived on the first floor until their deaths in the early 1960s.  Svea, my dad's oldest sister, and her husband Harry lived on the second floor, which had a separate entrance at the back of the side porch.  The window just above the downspout provides natural light to the stairs. 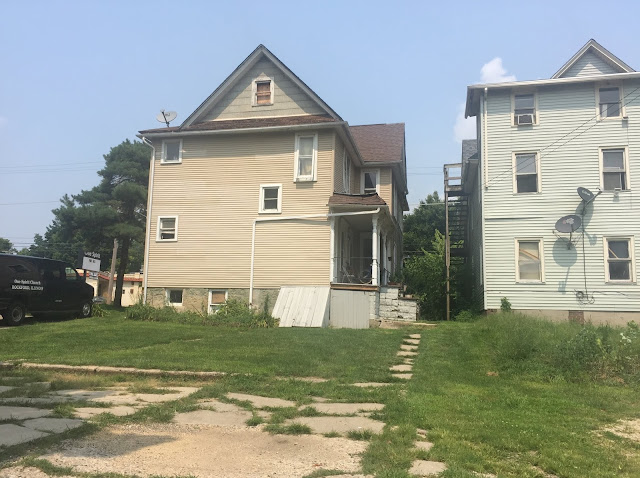 Meet Harry and Svea Anderson and Roger Nyquist, Svea's son from her first marriage.  From 1954. (Svea would have moved into the 2nd floor apartment after she married her first husband in 1927.) 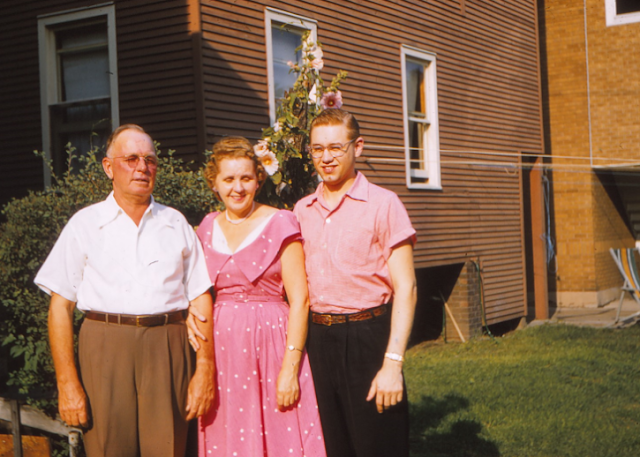 Until the 1970s, when my Uncle Ford still owned the property, the back yard of 1815 contained a large red barn, which contained, among many other items, the wheeled item shown below.  Surprisingly, I haven't been able to find a photo of the barn in the family archives.

But I do have this 1910 photo of my Grandpa Nelson standing beside his horse-drawn milk wagon. 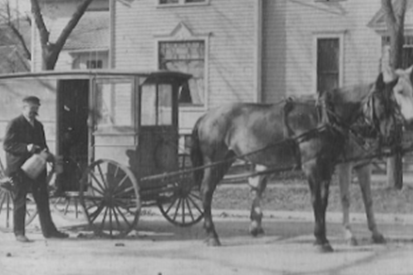