GET ME REWRITE. These are the 4 GOP state senators who don't support tax incentives for Kimberly-Clark 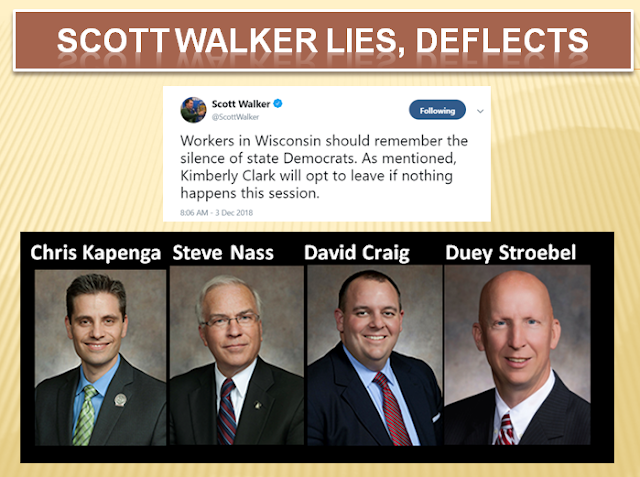 
Kapenga belongs to the most conservative wing of the Senate GOP caucus. Others who often side with him — Steve Nass of Whitewater, Duey Stroebel of Saukville and David Craig of the Town of Vernon — haven’t said whether they will support the deal. 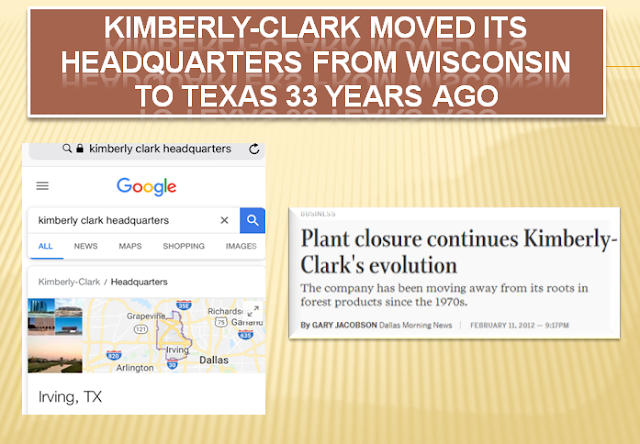 
Ronald J. Goudreau, a company spokesman, said the move was part of a continuing effort to ''avoid too much of a corporate presence in one location.'' He added, ''The move involves a very small number of the corporate staff; we have no plans to move large groups of people to Irving.'' Donald L. Stone, executive vice president of the Fox Cities Chamber of Commerce and Industry in Wisconsin, said Kimberly-Clark had assured his group that Neenah would remain an operations center for the company. 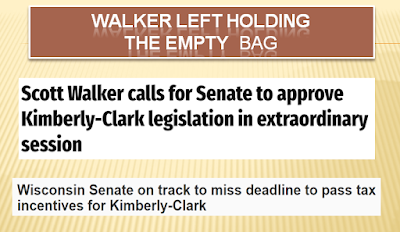 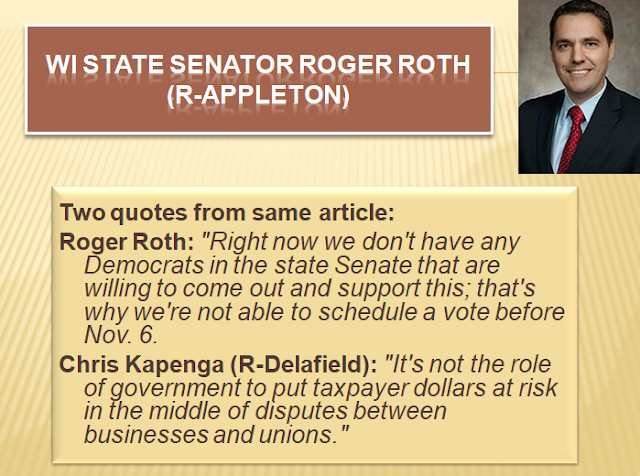 Even Scott Walker knows he can't get away with such a bald-faced lie.


Walker said both parties are to blame.


The GOP has a 18-15 advantage in the State Senate and, as the article points out, there aren't enough Republican votes.  That means at least one other senator does not support the Kimberly-Clark proposal.  (Paging Steve Nass, Duey Stroebel, David Craig.)