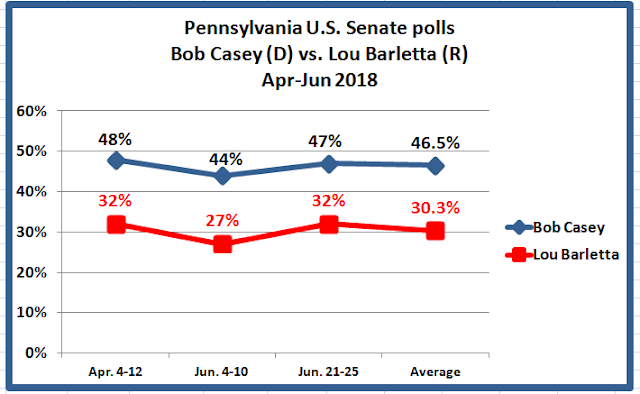 
Trump was speaking in Pennsylvania for Rep. Lou Barletta, the Republican nominee challenging Sen. Bob Casey's bid for a third term. The campaign rally was the second of three Trump scheduled this week as both parties begin to ramp up for the midterms.

Barletta, an early supporter of Trump's 2016 campaign, is running an uphill race, polls show. On the other hand, Pennsylvania is one of 10 states Trump won two years ago that Senate Democrats must now defend in November.

On the other hand, Trump's approval rating has taken a dive in Pennsylvania. 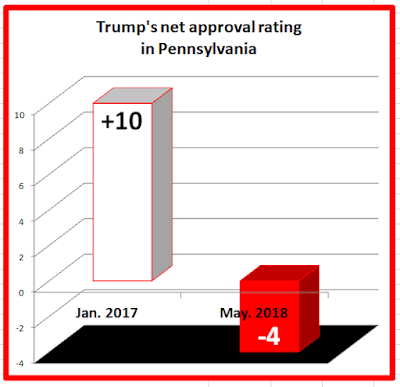 Source:  FiveThirtyEight
("How Trump's Popularity is Holding Up, By State")