UPDATE. Corey Stewart and the white nationalist company he keeps 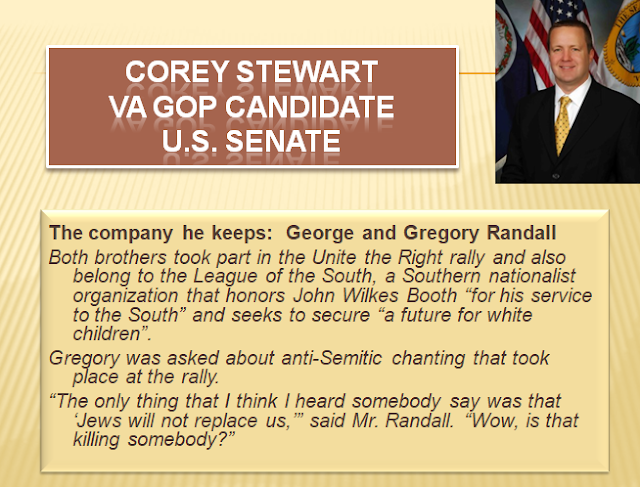 
Original 6/19/2018 post, "Corey Stewart sez he doesn't have a racist bone in his body: many Virginians think otherwise", starts here.

Where have we heard this before? 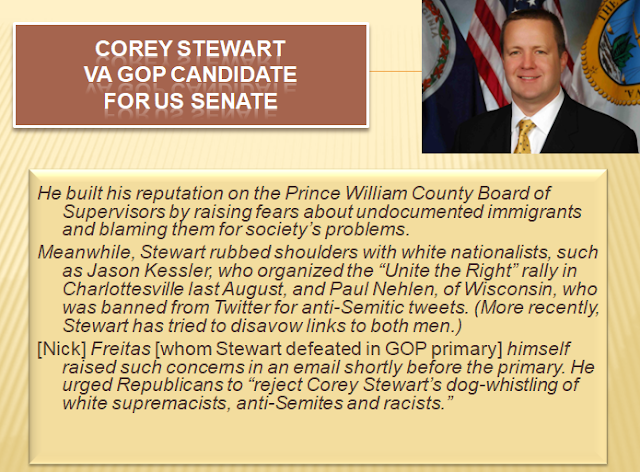 Reported in Corey Stewart and the classic toolkit of fascist politicians.  (Roanoke Times, 6/16/2018)


Just like Trump.  He engages in name-calling, scapegoating, faslehoods, and winks at white nationalists and racists. And now, Corey Stewart is the GOP nominee for a U.S. Senate seat.


Related reading:
Virginia’s GOP Has Lost ItNearly making Corey Stewart its nominee for governor is only the latest sign.  (Slate, 6/14/2017)


A year later, the Virginia GOP has truly lost it.  Stewart is their nominee for U.S. Senate.