Bottom line: People all over the U.S. still struggle to get by on what they earn

Source material for newspaper article:
As Wisconsin’s and Minnesota’s lawmakers took divergent paths, so did their economies.  (Economic Policy Institute, 5/8/2018)


Since 2010, Minnesota’s economy has performed far better for working families than Wisconsin’s. 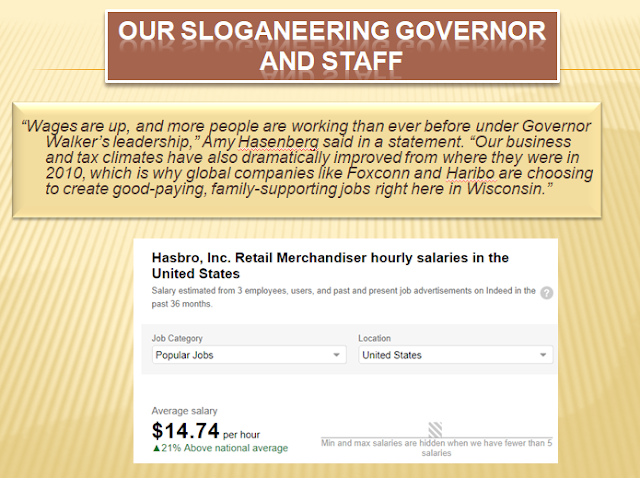 What's saddest about this hourly rate is that it's 21% above the national average!

Related reading:
More Americans need a 2nd job to make ends meet — and it's sending a troubling message about the economy,  (Business Insider, 8/8/2017)


The subdued wage gains eased the prospect that the Federal Reserve would accelerate its plans to raise interest rates, helping to send stocks higher. But lagging pay also reflects how the economy of 2018 is fundamentally different from earlier eras.