UPDATE. On the day Ted Nugent shot his mouth off about Parkland students, 33 people were killed and 40 were injured by gun violence in the U.S.


You can count the carnage yourself at
Gun Violence Archive. 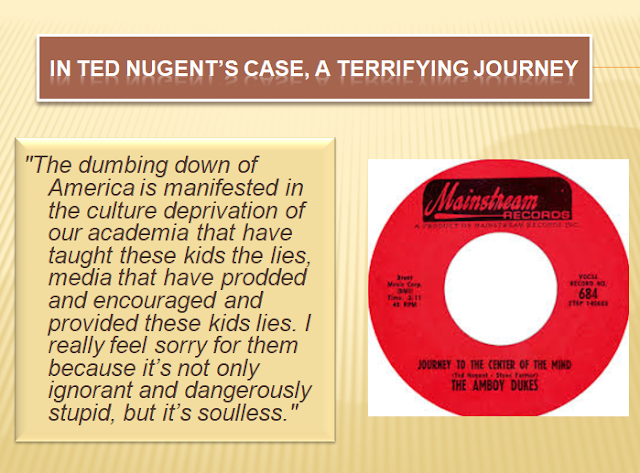 
Original 3/25/2018 post, "On the day NRATV’s Colion Noir shot his mouth off about Parkland teens, 26 people were killed and 46 were injured by gun violence in the U.S. 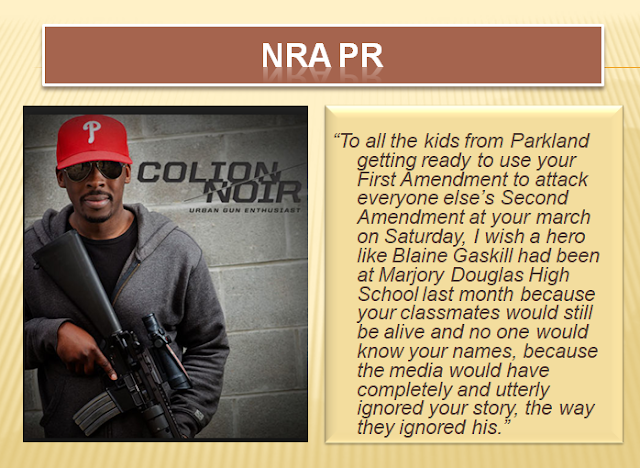 Quoted in NRA host taunts Parkland teens: ‘No one would know your names’ if classmates were still alive.  (Washington Post, 3/24/2018)


Also, how trustworthy is this Colion Noir? Put another way: Who in good conscience can wear a Yankees hat... and a Phillies hat? A fucking poser, that's who.