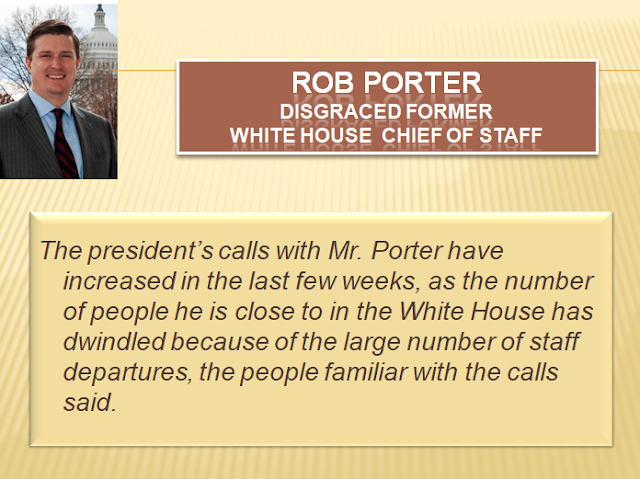 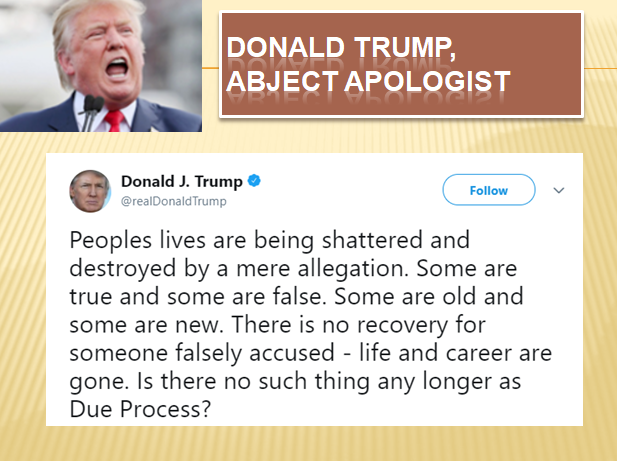 
A MERE ALLEGATION.  SINGULAR.  Until Wednesday, Rob Porter was the White House staff secretary. Long before Wednesday, many of the people to whom he reported knew he had physically abused and assaulted both of his wives. Colbie Holderness, Porter’s first wife, and Jennifer Willoughby, Porter’s second wife, both told the FBI their marriages had ended because of a pattern of physical and emotional abuse. According to their accounts, supported by photos, contemporaneous reporting to others, and a blog post written by Willoughby last April, Porter kicked these women, he punched and choked one of these women, he blackened one of these women’s eyes. He berated and insulted these women. Police were called. But Rob Porter is also white, and the son of a prominent academic and thinker. He went to Harvard and Oxford, and he had a high-ranking job in the Oval Office, and was reportedly pressing for a higher one. He was dating Hope Hicks, one of the president’s closest confidantes. So nobody did a thing about the allegations.