Video 1 (as designated by arrow on map) 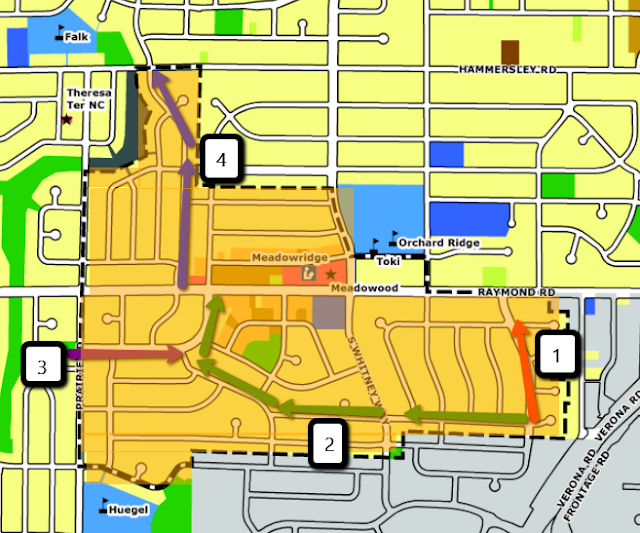 Related reading:
Food is the thread that runs through the Meadowood neighborhood.  (Wisconsin State Journal, 8/26/2016)


The opening of the Beltline in 1950 and the extension of streets like Midvale Boulevard to the south spurred the West Side’s postwar housing boom. In the mid- to late-1950s, two- and three-bedroom houses with attached one- or two-stall garages began rising from the farm fields in what would become Meadowood.


Posters professing to be long-term residents wrote of their dismay about changes in the neighborhood in recent years. Some talked of crime in the area, others of running into behavior that intimidated them at the strip mall at Whitney Way and Raymond Road where the hardware store is located.

Soglin said the neighborhood has been struggling for well over a decade. “The problems were not addressed at a very critical juncture when the neighborhood started changing in terms of more low-income families, without the resources -- particularly for young people -- in the area,” he told me.