GET ME REWRITE. Franklin Graham: It's a sad day when religious bigots can no longer discriminate 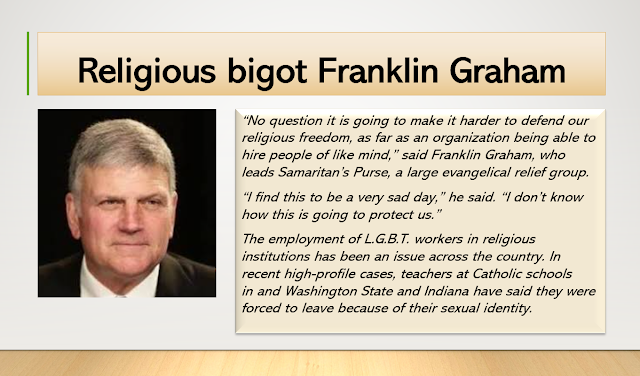 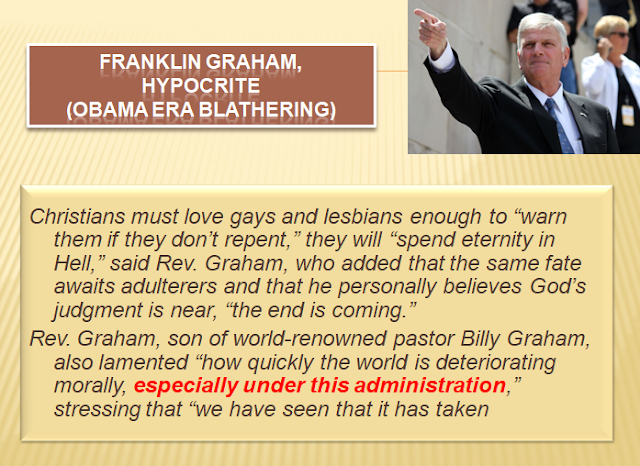 "These alleged affairs, they're alleged with Trump, didn't happen while he was in office," Franklin Graham told CNN's Don Lemon on "CNN Tonight" on Tuesday. 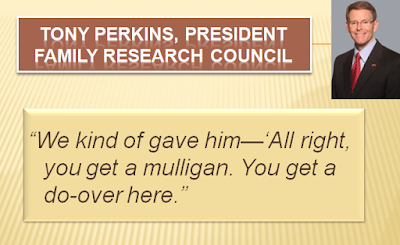 On the other hand, millions of other Americans don't get a pass from Perkins.

The organization that Perkins head, the Family Research Council is designated by the Southern Poverty Law Center as hate group.

The FRC often makes false claims about the LGBT community based on discredited research and junk science. The intention is to denigrate LGBT people as the organization battles against same-sex marriage, hate crime laws, anti-bullying programs and the repeal of the military’s “Don’t Ask, Don’t Tell” policy.


Our vision is a culture in which all [preborn] human life is valued, [heterosexual] families flourish, and [discrimination in the name of] religious liberty thrives. 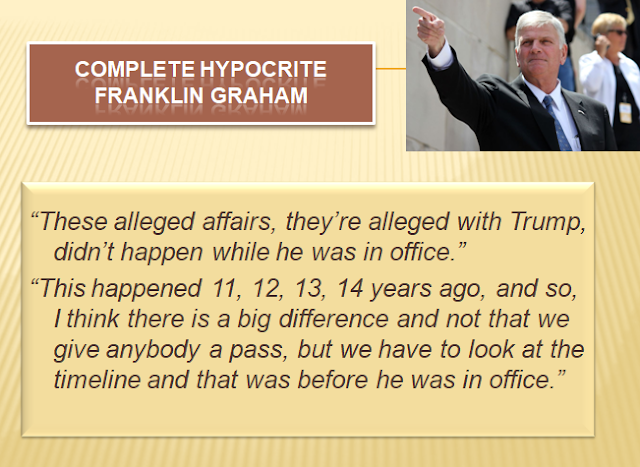