Dad had a lot of shoveling to do.  No snowblower in this household, and Mom was almost 9 months pregnant with Eddie. 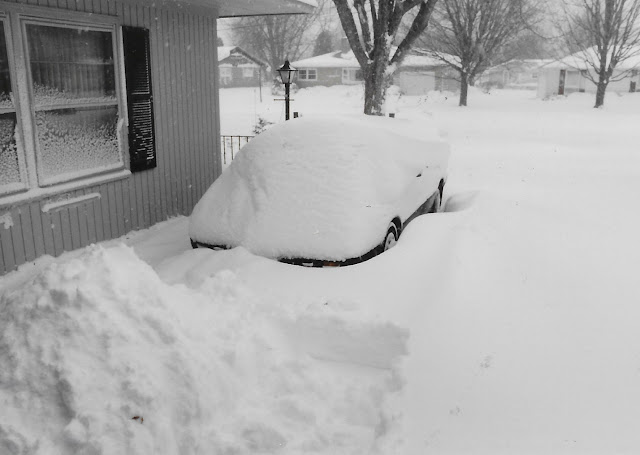 3-year-old Andy marvels at all the snow. 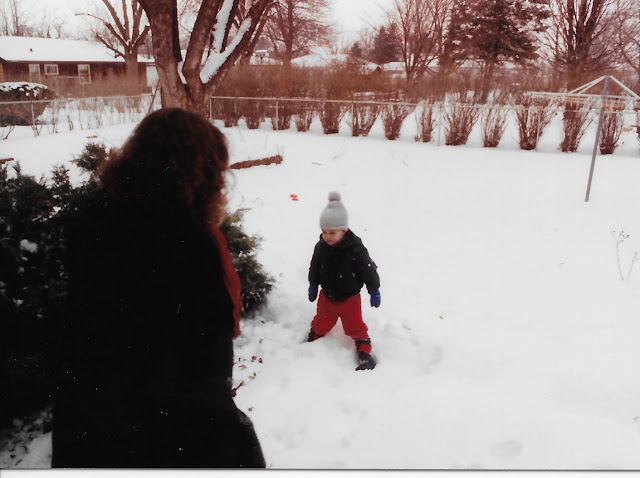 
A winter storm began shortly after midnight on Dec. 3, 1990 in Madison and became a blizzard over the course of the day. By the time the storm ended late that evening it had dumped a 17.3 inches of snow on the Madison area.

That total remains the highest snowfall total measured in a single calendar day in Madison since the city began keeping records in 1884.