The etymology of Rocky Rococo


Hashing out names on the drive between Chicago and Madison, they came up with Rocky Rococo — the name of a character on an album by the Firesign Theatre comedy troupe. They almost called it The Pizza Factory.


Rocky Rococo is a character in "The Further Adventures of Nick Danger, Third Eye", which takes up all 28 minutes and 11 seconds of side 2 of The Firesign Theater's first album, which was released in October 1969 and spent 2 weeks on the Billboard Top 200 Albums chart, peaking at #195. 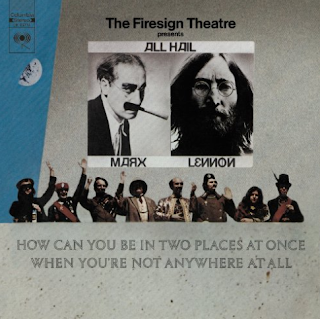