UPDATE: The snookering of the 24% 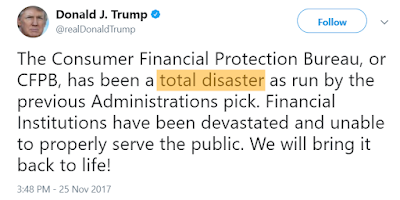 Hello, Trump base!  You are being taken for a ride.  Big time.


After months of campaign promises to help ordinary Americans, President Donald Trump’s first 100 days have revealed that his true policy priorities are benefitting corporations and the wealthiest few at the expense of everyone else. His actions and those of his administration have been characterized by broken promises, gross conflicts of interest, and a stark erosion of transparency, ethics, and other democratic norms.

Every once in awhile, he gets it right.


But most of the time, he gets it wrong.


20 months ago, the Chicago Tribune had no trouble creating a list of 50 things declared a disaster by Donald Trump.