UPDATE. How about this Shannon Zimmerman timeline? 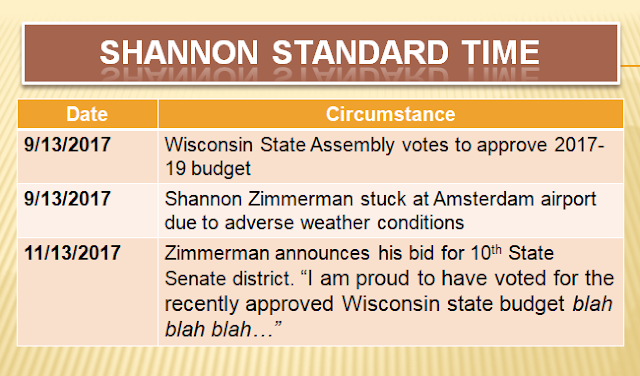 
Officially, Shannon did NOT vote on the budget.  Patrick Fuller, chief clerk in the Assembly, pointed to legislative rules that indicate on roll call votes on legislation, the "final and official" record is produced when the voting machine or the chief clerk tally the votes for and against a bill.

A candidate in the 10th State Senate District.Now-legislator Shannon 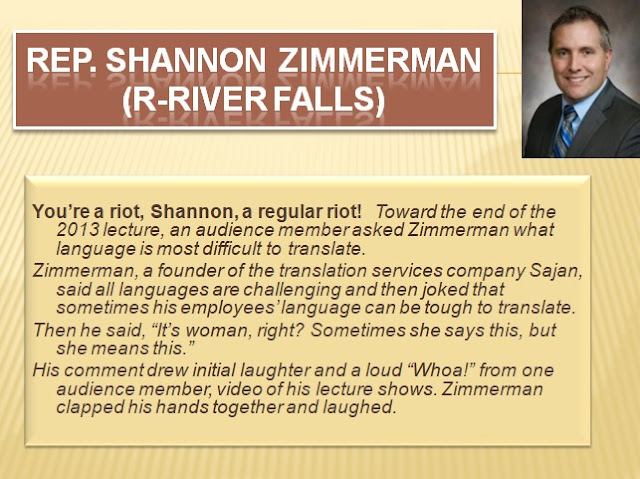 Reported in Zimmerman joked in video that women don't say what they mean.  (Milwaukee Journal Sentinel, 11/20/2017)

Based in Memphis, The Hot Dogs recorded for the Ardent label during the early-to-mid-70s, as did their fellow power-pop and better known musical peers Big Star.  One of my favorite albums from the 1st half of the 70s, Say What You Wman never charted on Billboard.