In this decade, Scott Blader has made multiple campaign contributions to Scott Walker and Luther Olsen 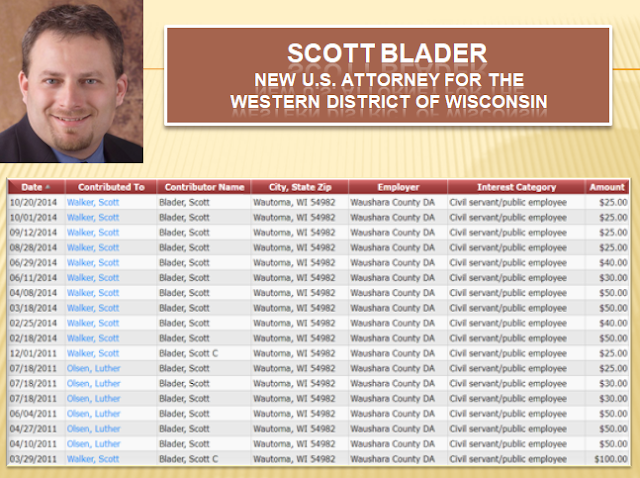 
Blader, a Wautoma Republican who was the district attorney in Waushara County for about 10 years, was nominated by President Donald Trump in August and was confirmed by the U.S. Senate about two weeks ago.

Blader will oversee a staff of 22 lawyers and 31 support staff in the office, which is responsible for prosecuting federal crimes and representing the U.S. in civil matters in a 44-county area that includes Madison, Janesville, La Crosse, Eau Claire, Superior and Wausau.