In general, Trump's base comprises a less educated group of Republicans 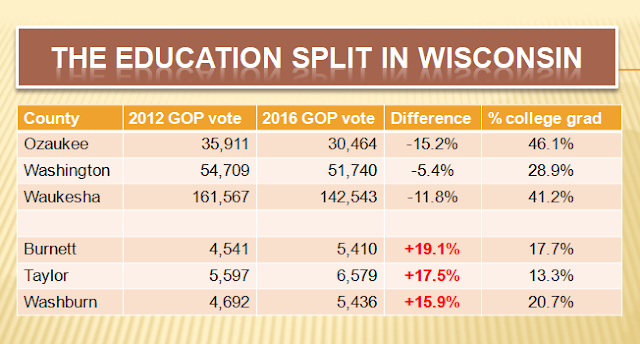