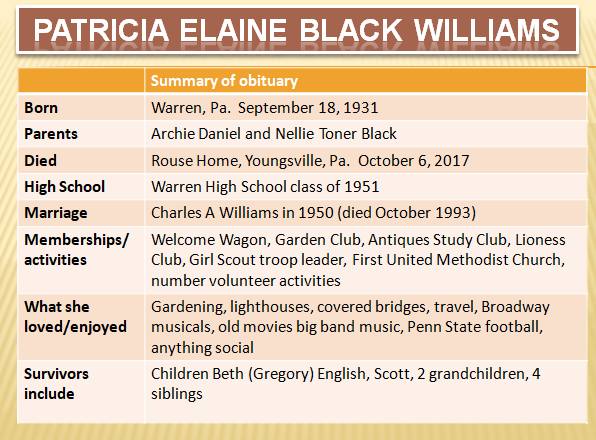 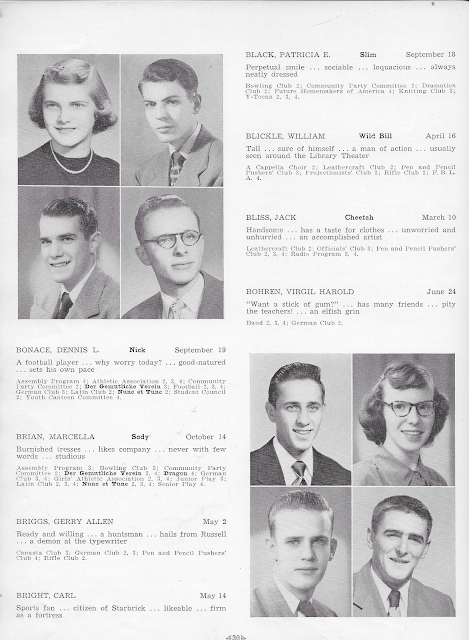 
The popularity of Patricia as a baby name is graphed here.  Let's look at Nellie. 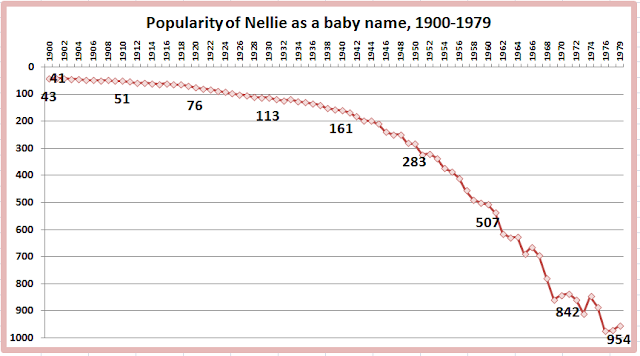 The 19th most popular name for girls during the 1880s and 30th most popular in the 1890s, Nellie was already in decline when the 20th century arrived.  Nevertheless, she spent 25 years in the top.   100.  After World War II, though, the sky became increasingly cloudy for her.