As if they would ever make it easy for reporters and say ' yes' from the outset.  Stay tuned. 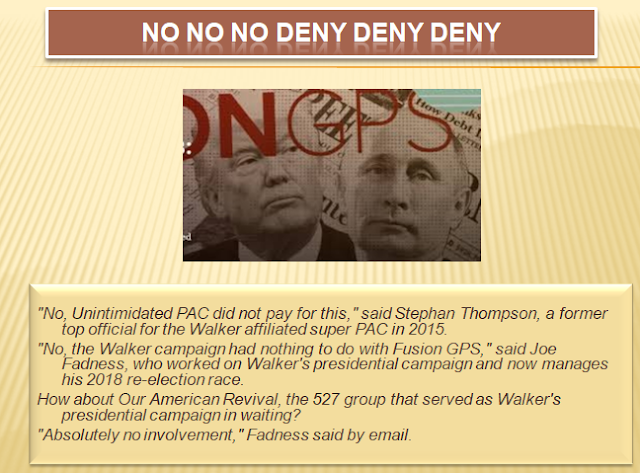 Wisconsin Gov. Scott Walker campaign: We had nothing to do with explosive Trump dossier.  (Milwaukee Journal Sentinel, 10/26/2017)


But media reports say it wasn't just Democrats who paid for the research in a controversial dossier that leaked out after the election. Still unnamed Republicans involved in the GOP presidential primary also reportedly paid for the opposition research and its findings, which in many cases remain unconfirmed.