UPDATE. "This Musty World', starring Bishop Robert Morlino and the staff of the Catholic Diocese of Madison


'Musty' as defined by Merriam-Webster in sense 2 of the word. 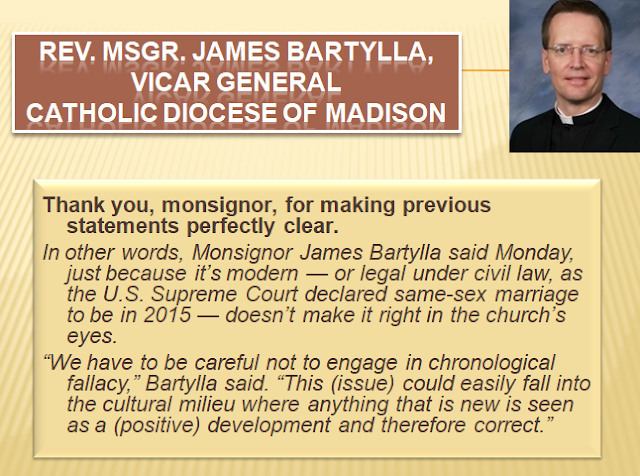 
10/30/2017 update, "Not the first time Bishop Robert Morlino is in hot water for remarks about gay Catholics", starts here.

The move follows a request by Morlino's office -- first reported by the State Journal -- for priests to contact the diocesen headquarters if they receive requests for the baptisms of children of same-sex parents. The diocese would then work in consultation with each priest on the baptism. Each baptism needs to be evaluated individually, the diocese says. 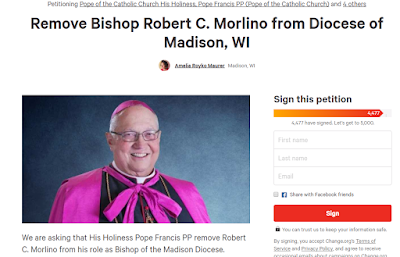 
So far, it appears that the Wisconsin State Journal has yet to follow up on this story.  The petition on the website change.org was posted late last week in response to a memo sent by Morlino's vicar general to local priests informing them that they may deny Catholic funerals to LGBT people "to avoid public scandal of the faithful." 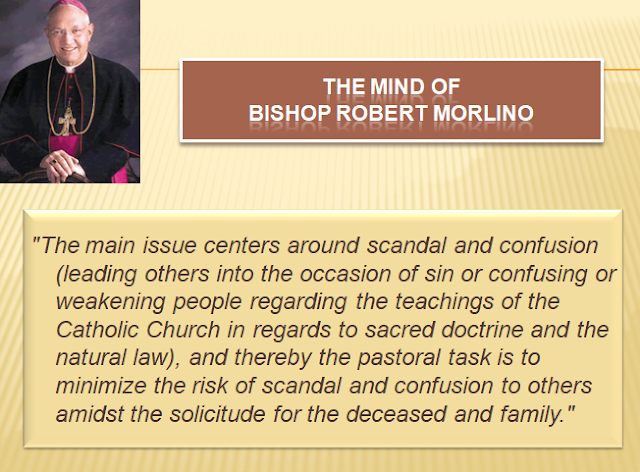