Rick Pitino: From Hall of Fame to Hall of Shame

In a word:  sordid.  The move came one day after federal prosecutors accused two unidentified Cardinals coaches of directing money provided by the university’s apparel partner, Adidas, to two high school prospects, and three months after Pitino and his program were sanctioned by the N.C.A.A. for a scandal in which prostitutes were provided to players and teenage recruits.


I move the following changes be made to the eligibility criteria for coaches. 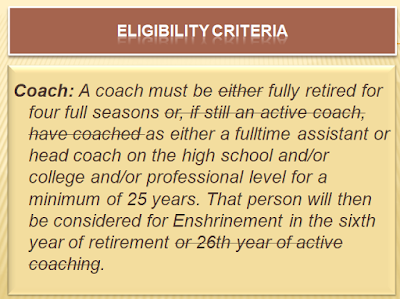 I suspect the Naismith folks will take a 'boys-will-be-boys' approach and look the other way, which is why I suggest 3 words be added here. 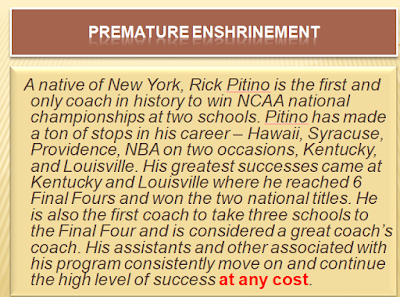 Source:  same as above