UW-Madison to research history of Ku Klux Klan on campus 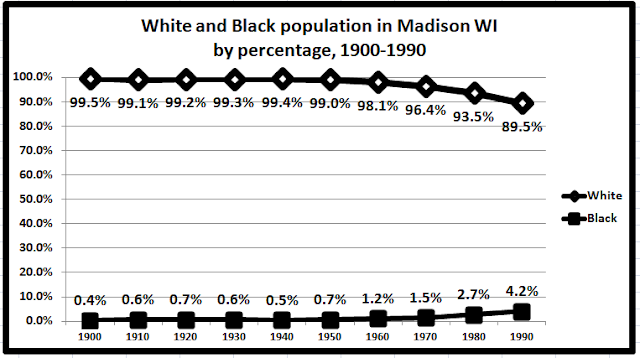 Source:  Historical Census Statistics On Population Totals By Race,1790 to 1990, and By Hispanic Origin, 1970 to 1990, ForLarge Cities And Other Urban Places In The United States.  (U.S. Census Bureau)


There were almost no African-American students enrolled at UW at the time; three in the freshman class of 1923 and a total of six enrolled in 1927. There were at least 550 Jewish students on campus in 1926, although they were shut out of many campus activities. For example, fraternities at UW, like many others across the country, restricted membership to males who were white or “not Semitic.”


As a UW-Madison graduate student, Timothy Messer-Kruse wrote in a 1993 article published by the State Historical Society of Wisconsin that he could find no evidence of a direct link between the KKK at UW-Madison and the Invisible Empire, but found the organization shared “many of the racist and nativist attitudes of the other, more dangerous Ku Klux Klan.” 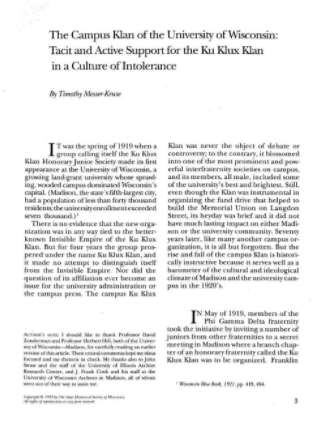