Road rage in the news: Charles Haakam has anger issues 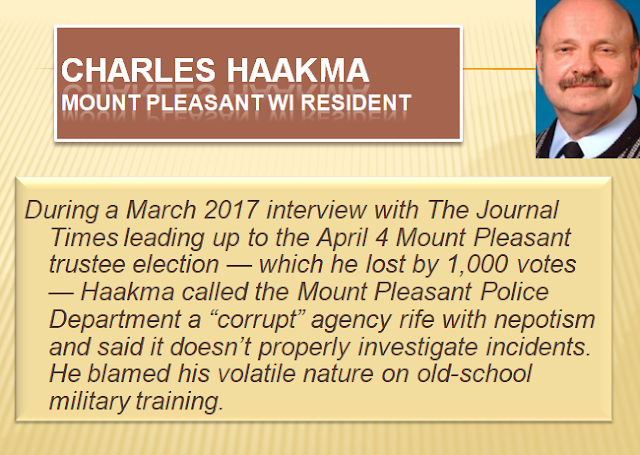 An incident where Haakma struck on officer in the face. While officers worked to clear the intersection and divert traffic from the area, a driver stuck in traffic, identified as Haakma, became agitated because he couldn’t get into his driveway, according to police.

Then there's this. .Haakma has confronted officers in traffic before. Last November he was accused of parking in a fire lane at Piggly Wiggly, 5201 Washington Ave. When officers confronted Haakma, he reportedly exclaimed, “You think (you’re) God with a gun!”