One former white power activist said the groups themselves are often dysfunctional — fighting about what patches to wear, what flags to fly — but they are dangerous because of the violent people who draw inspiration and direction from them.

The Southern Poverty Law Center [map below], which tracks hate groups nationwide, identifies nine such organizations that are active in Wisconsin, of which five are neo-Nazi or white nationalist. But a USA TODAY NETWORK-Wisconsin investigation two years ago identified five other groups with a presence here as well. 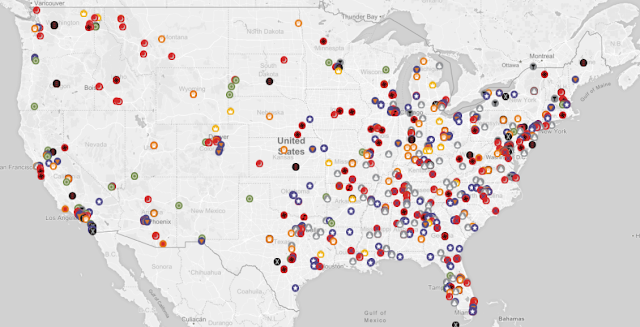