Jobs and energy at the cost of environmental destruction

Coal mining in Central Appalachia, where the committee’s work is focused, includes mountaintop removal in which peaks have been blasted off and valley streams have been buried in rubble. Scientists have said the practice is so destructive that the government should stop issuing permits for it. 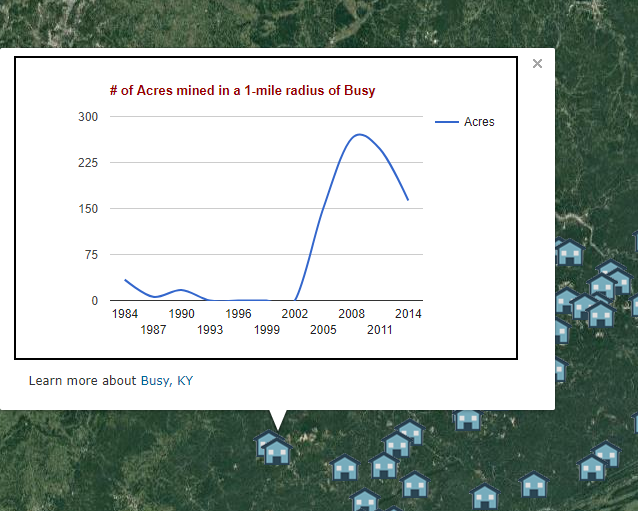 For years, it was impossible to track the spread of mountaintop removal coal mining in Central Appalachia over the course of time. Appalachian Voices has compiled 30 years of satellite imagery and other data to show how this destructive form of coal mining is gradually getting closer to communities, even as coal production in the region is declining.