Dear rural Wisconsin, He's just not into you; it took him more than 6 years to talk about broadband 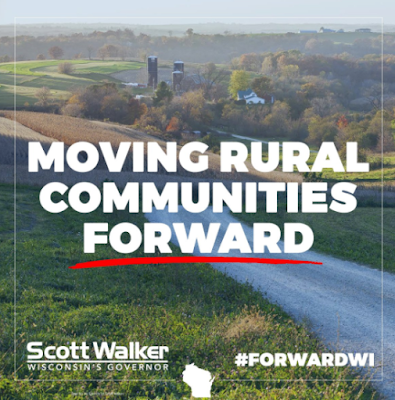 Guess what's been happening since Scott Walker was elected Governor?

The figures showed continued population decline in Wisconsin's rural counties, a trend largely driven by migration out of those counties.


Then there's this news from Scott Walker least favorite place in the world.