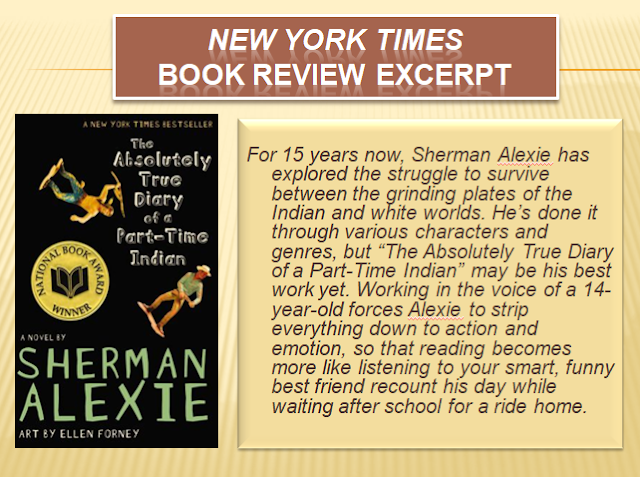 
“The Absolute True Diary of a Part-Time Indian” was listed as one of the most banned or challenged books of 2014 as cited by the L.A. Times. It chronicles the life of Junior, a 14-year old budding cartoonist who lives on a Spokane, Washington Indian reservation. It won multiple awards, including the 2007 National Book Award for Young People’s Literature.