"You're hired!": A phrase not currently in Donald Trump's vocabulary


The Trump administration has a recruiting problem.  (Washington Post, 6/6/2017) 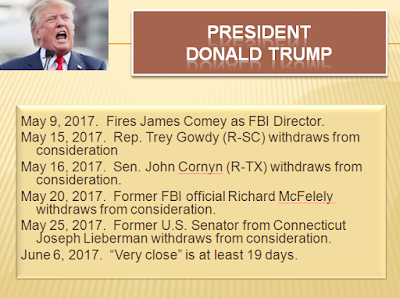 Excerpt from the above article:  It’s been almost a month since President Trump fired James B. Comey on May 9, leaving the FBI without a director. Under normal circumstances, a president planning to fire the head of the nation’s top law-enforcement agency might do so only once he had a successor lined up. (The only other time an FBI director was fired, President Bill Clinton announced his replacement the next day.) 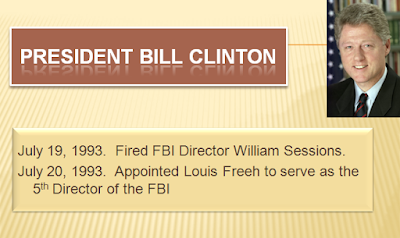 Related reading:
Remarks Announcing the Nomination of Louis Freeh To Be FBI DirectorJuly 20, 1993.  (The American Presidency Project)
Posted by Retiring Guy at 3:59 PM